DISH’s Hopper with Sling has finally arrived — and is worth the wait, according to a product review this week from Wired. This is the second generation Hopper and shows a lot of improvement over the debut from a few years ago. Most notably, it includes the Sling place-shifting service that enables users to load TV shows and DVR recordings to any compatible device like an iPad or laptop.

How it works: “…you can transfer an HD recording of a show like ‘Psych’ to a remote device and watch it later, even if you’re somewhere without Internet access. DISH has offered these Sling features before, but never as a feature on the main DVR.” 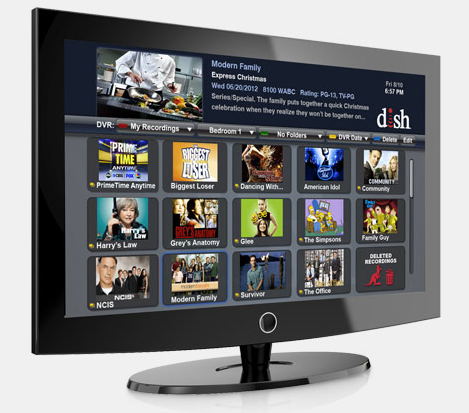 The Hopper with Sling’s major competition is the DirecTV Genie. Both have advantages and unique features, notes the article. “So depending on how many of the network TV shows you watch, how many people live in your home, and whether or not the iPad connectivity is something you’d really use, you should be able to make an educated decision.”

One key difference between the two is DISH’s Primetime Anytime service, which allows users to record all evening shows on ABC, CBS, FOX, and NBC.

Why auto-record? “It means you can play any show saved over the last eight days. Missed an episode of ‘Blue Bloods’ and forgot to set your timer? No problem, it’s auto-recorded for you. The service scoops up everything on the big four networks’ primetime schedules — that’s 8pm to 11pm on the east coast, an hour sooner elsewhere — but not the late-night shows,” reports Wired.

The DirecTV Genie doesn’t auto-record all primetime shows, but does watch your timers and records shows you might enjoy. “It uses a predictive engine approach versus DISH’s smorgasbord. For me, using the DirecTV box meant keeping up on the evening primetime schedule each day. But I also liked Genie because it recorded slightly more obscure shows,” writes Wired reviewer John Brandon.

Overall, “Hopper with Sling is technically superior to the DirecTV Genie, though. First, in terms of specs, the drive holds 2TB of data compared to the 1TB you get with the Genie. Hopper has a built-in Wi-Fi radio, while Genie has an external Wi-Fi device. Hopper has a remote finder (it lights up and beeps) and a way to connect a Bluetooth headset. The Hopper is also much faster,” suggests Brandon.