“Kickstarter has really changed the dynamics at CES,” writes The Verge. “This year, independent developers are getting as much attention as the big companies that usually dominate, and many of them built their products with crowdfunded cash.” Kickstarter gives the small company or the entrepreneur a chance to compete with well-known electronics makers and is leveling a once very one-sided playing field.

“That’s partly because big companies like Sony, Asus, Samsung, and the rest tend to look at their existing technology portfolio and manufacturing capabilities to get ideas for what to make next,” suggests The Verge. “On Kickstarter, by contrast, the product starts with a need or desire, and the creators figure out how to build it from there.” 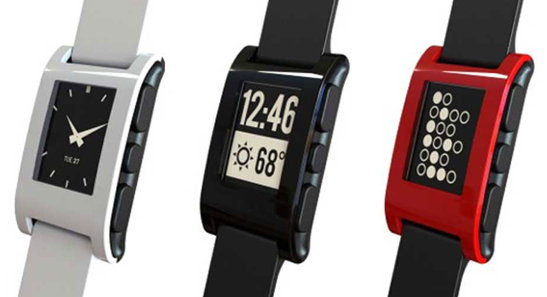 The post cites two watch concepts — the ultrathin CST-1, which “looks like a metal slap bracelet with giant numbers,” and the Pebble smartwatch, which interacts with smartphones and runs its own apps.

“Pebble raised $10.2 million from 68,929 people, making it by far the largest Kickstarter campaign to date. Pebble held a press conference at CES this week to announce that the product would begin shipping on January 23. Then on Tuesday, the two engineers behind the CST-1 launched a Kickstarter campaign of their own, which hit its $200,000 goal in under 48 hours.”

Whether it involved inventors with booths, startups launching crowdsourcing campaigns during the show, or backers wandering the halls, talk of Kickstarter was heavy at CES this year. The Verge lists other notable success stories including immersive virtual reality gaming headgear Oculus Rift, weight-sensing skateboard ZBoard and the Chargecard charger for Android and iPhone.