Will Apple Team with Beats for Streaming Music Service?

Apple CEO Tim Cook met with Beats Electronics CEO Jimmy Iovine during a recent visit to Los Angeles, according to three people familiar with the matter. The execs met to discuss the business model and rollout plans of Beats’ Project Daisy, a subscription music service announced in January with little detail. The sources suggest Apple may be interested in a potential partnership. 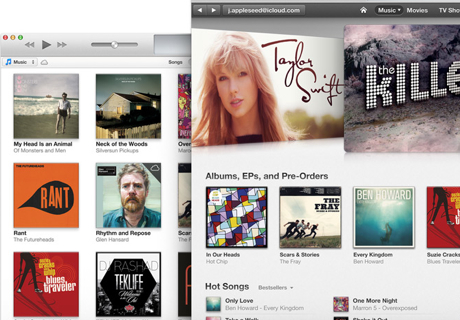 Beats Electronics is an audio tech company co-founded by music mogul Iovine and hip-hop artist/producer Dr. Dre. The sources say that Cook expressed interest in Iovine’s plans — although they did not discuss specifics of a deal. The meeting also included Eddy Cue, Apple’s Internet products chief, who was instrumental in launching the company’s iTunes Music Store.

“The meeting between Cook and Iovine, who is also chairman of music company Interscope-Geffen-A&M, was ‘informational’ and covered a broad range of music-related topics, the sources said,” reports Reuters.

“The iPhone maker has been widely reported to be considering a music-streaming service to complement iTunes, the largest repository of music for sale,” notes the article. “Beats, known for its stylistic, distinctive headphones, has a partnership with Taiwanese handset maker HTC Corp, an Apple rival.”

Beats has secured $60 million in funding for the project from investors including Warner Music owner Len Blavatnik, billionaire Lee M. Bass, and financier James Packer. The service has plans to launch later this year.

With expanding global growth of smartphones and tablets, a number of large companies are considering potential models for collecting fees on streaming music.

“It remains a nascent market, dwarfed by music sales via outlets such as iTunes, but one that is attracting investment,” notes Reuters. “Other players reportedly looking at expanding into music-streaming — whether fee-based or by paid subscription — include Google and Amazon.com.”