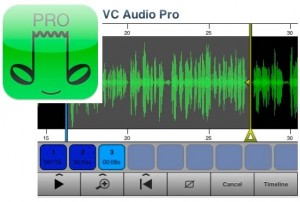 Washington DC reporter Neal Augenstein discusses how and why he has abandoned his collection of bulky production equipment to report via his Apple iPhone 4. Augenstein is an award-winning reporter with WTOP-FM and a frequent contributor to CBS News Radio. Thanks to new apps and progress in digital recording tools, he’s been able to ditch much of his older equipment for professional broadcasting via his smartphone. According to Augenstein: “Now, with the Apple iPhone 4 and several apps, I can produce intricate audio and video reports, broadcast live, take and edit photos, write web content and distribute it through social media from a single device.”

For those interested, the write-up provides a simple step-by-step overview of the tools Augenstein is using with his iPhone and iPad for audio capture, video capture, photography, mobile VoIP, and Twitter integration.

Augenstein addresses whether his new approach is working: “A year in, iPhone-only reporting isn’t perfect. While audio editing works great, with the phone’s built-in microphone I’d estimate the sound quality of my field reports is 92 percent as good as when I use bulky broadcast equipment. Getting better audio for my video is a real challenge. And if I ever have to cover a story from a subway tunnel or location where there’s no WiFi or cell coverage, I won’t be able to file until I resurface.”

The PBS MediaShift post features several iPhone-generated audio reports from Augenstein in addition to a very helpful video tutorial regarding how he performs audio editing on his iPhone 4.