Fox, CBS, and NBC are continuing legal action in an effort to shut down Dish Network’s DVR service that allows viewers to automatically skip commercials. “The Dish Network litigation concerns the March introduction of what the satellite company calls PrimeTime Anytime, which allows customers to record and store about a week’s worth of prime-time broadcast television,” reports Wired. “A federal judge declined to side immediately with the broadcasters, so they appealed to the 9th U.S. Circuit Court of Appeals.” 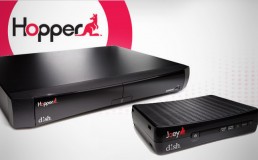 As previously reported on ETCentric, Dish Network maintains its technology is legal under the Supreme Court Sony Betamax precedent in which the Court authorized home video recording. The broadcasters disagree with this assessment, saying that in the past people who recorded and fast-forwarded commercials had to guess when the commercials would end rather than have technology do the work for them.

“AutoHop eliminates entire commercial breaks automatically without any guesswork,” argue the broadcasters. “It is designed and marketed so that 100 percent of AutoHop users see no commercials — a result far different from the blind fast-forwarding done by Betamax users in the late 1970s.”

The service can record and store 100 hours of prime time content for up to eight days without the consent of the broadcasters.

In the original suit filed in May 2012, the networks claimed that if the service is not blocked, it “will ultimately destroy the advertising-supported ecosystem that provides consumers with the choice to enjoy free over-the-air, varied, high-quality prime time broadcast programming.”