Honda has joined Chevrolet in providing vehicles with Siri integration. The automaker will implement Siri Eyes Free in three of its models this year: the 2013 Accord, Acura RLX and ILX. Drivers can connect to Siri by holding a button on the steering wheel and then use Siri to make calls, dictate text messages, play songs or use any of Siri’s other features. The driver’s phone will not light up during the exchange to avoid distraction.

“[The] iPhone has become so integral to people’s lives that they continue to use them in their vehicles,” explains Vicki Poponi, assistant VP of product planning for American Honda. “Offering Honda and Acura owners Siri and its Eyes Free mode via Bluetooth is an incredible opportunity to provide next-generation connectivity and meet our customer’s ever-changing needs.” 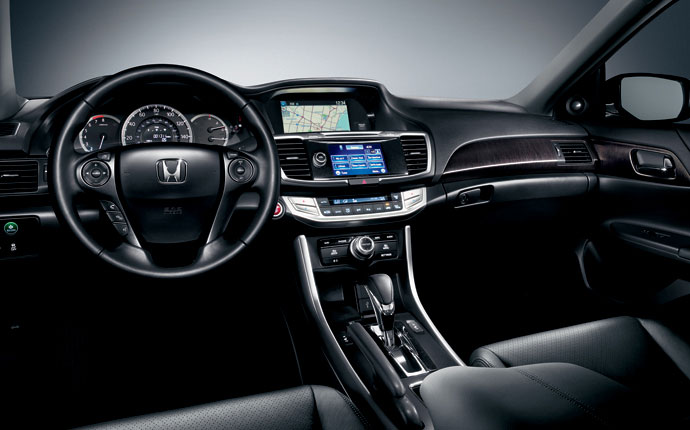 The technology does not require extra hardware, so Honda may be able to implement Siri cheaply. Honda may also be able to offer the service to other models later in the year through downloads.

“By bringing in technology leaders’ offerings into the automobile they are also bringing in their subsequent ecosystems — and that could bite automakers’ own efforts to create a leading connectivity platform with applications and services,” notes Gartner auto analyst Thilo Koslowski. “Once Siri evolves into accessing and controlling applications on the phone, consumers might not show much interest in an automaker’s navigation offering… that’s just fine from a consumer perspective, but in the end it might turn some automakers into simple hardware manufacturers.”

“For now, it’s a way for automakers to get the latest cloud-connected voice-control system in their vehicles with minimal outlay, but the long-term implications could be far more dire for automakers relying on an outside company — particularly one as massive as Apple – to provide what’s becoming a checkmark on new car buyer’s shopping lists,” reports Wired.

At last year’s World Wide Developers Conference, Apple listed nine automakers that are getting ready to bring Siri to their vehicles.