DRM News: Now You Can Own the Digital Comics You Purchase

Image Comics, publisher of the best-selling comic book “The Walking Dead,” is now selling its comics as direct digital downloads, allowing the user to own DRM-free copies. It is the first major comic publisher to move away from the current model of downloading via licensing. Despite industry concerns regarding piracy and loss of revenue, Image Comics sees digital ownership as an opportunity for increased sales and distribution. 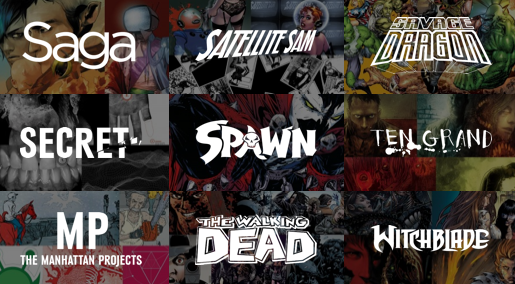 The common digital comic book buying experience typically involves an app called ComiXology, through which readers purchase a single comic book for the same price as a printed one. However, this does not allow the purchaser to download the comic; it only provides the reader a license to read it.

The move to direct digital download sales may also be about control, both for the reader and Image Comics. Technical problems at ComiXology have raised concerns, following a server crash in March, halting a Marvel comics promotion and preventing readers from accessing their digital comic libraries.

In addition, ComiXology did not submit some issues of digital comics to Apple’s App Store due to sexual content.

The move also reflects Image Comics’ business model of publishing creator-owned content, through which their writers and artists retain ownership of their work. This is in contrast to the mainstream practice of “work-for hire,” where the creators typically do not receive royalties.

Despite initial industry concerns that digital comics would destroy the business and piracy would run rampant, neither appears to be true. Image Comic’s best selling comic, “The Walking Dead,” has seen a 22 percent increase in digital sales, and total digital comic sales have increased from 12 percent to a projected 15 percent.

“If you put out a good comic book, even if somebody does download it illegally, if they enjoy it then the likelihood of them purchasing the book is pretty high,” Image Comics publisher Eric Stephenson told Wired. “Obviously we don’t want everybody giving a copy to a hundred friends, but this argument has been around since home taping was supposedly killing music back in the ’70s, and that didn’t happen. And I don’t think it’s happening now.”