The Federal Trade Commission announced yesterday that game maker TinyCo agreed to pay $300,000 to settle charges that it violated children’s privacy rules by improperly collecting information. The company was accused of violating the Children’s Online Privacy Protection Act (COPPA). In a separate case, Yelp agreed to pay a $450,000 penalty for doing the same through its consumer review app. Both companies were charged with collecting personal info from children under 13 without parental consent.

“As people — especially children — move more of their lives onto mobile devices, it’s important that they have the same consumer protections when they’re using an app that they have when they’re on a website,” said Jessica Rich, director of the FTC’s Bureau of Consumer Protection. “Companies should take steps as they build and test their apps to make sure that children’s information won’t be collected without a parent’s consent.”

Since Yelp’s app required a user to enter a birthdate, the company collected email addresses, names and locations. As part of the settlement, Yelp must now delete all info collected from those who were 13 or under when they registered for the service. 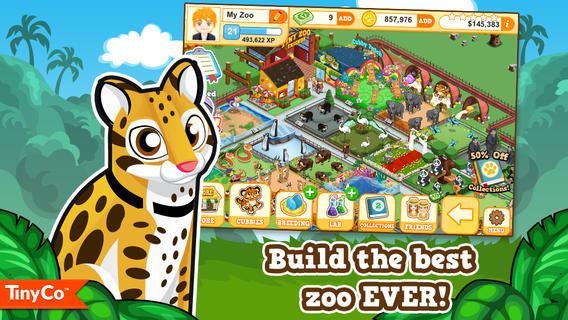 TinyCo is known for popular mobile titles such as “Tiny Village,” “Tiny Monsters” and “Tiny Zoo Friends” (pictured above), which have been downloaded more than 34 million times, often by kids.

The FTC noted that the brightly colored animated characters and simple language of TinyCo’s apps clearly target a young demographic. Gamers, regardless of age, could be awarded currency to buy in-game items or speed up play, simply by providing an email address through an optional feature.

“TinyCo failed to follow the steps required under COPPA related to the collection of children’s information, the commission said. The company agreed to delete the information it gathered from children under 13,” reports The New York Times. “In addition to the fines, each company agreed to submit a report to the agency in one year documenting its compliance with COPPA.”