From Kim Dotcom and the rise of patent troll lawsuits to Apple v. Samsung and the public outcry against SOPA/PIPA, 2012 was a dramatic year in terms of copyright law, tech-related legislation and Internet policy. Response to the SOPA/PIPA bills in January helped set the tone as the debate in Washington raged, and consumers and companies took to the Internet in protest. At one point, politicians were flooded with a record eight million e-mails from regular Internet users in just a few days. So what were the top tech policy stories for 2012 — and how will they impact us moving forward?

Ars Technica presents what it considers to be the most significant tech policy stories of the last year:

9) LightSquared fails as FCC shows its muscle: The FCC pulled the plug on LightSquared’s plan to launch a nationwide, open-access 4G network using spectrum allocated to satellite services, since LightSquared’s spectrum was too close to the airwaves used by GPS.

8) Oracle v. Google: Smartphone patent wars went to court in 2012 when Oracle attempted to use Sun Microsystems copyrights and patents to sue Google over Android. Google proved victorious when it was ruled that APIs could not be copyrighted.

6) Growing criticism of an out-of-balance patent system: While patent trolling has been a nuisance for the tech industry for more than a decade, some outrageous cases in 2012 helped shed light on the growing problem, which one study estimates draws $29 billion out of the economy in direct costs each year. Also of note: “Judge Richard Posner, a prolific writer and public intellectual who sits on the U.S. Court of Appeals for the 7th Circuit, took it upon himself to throw out the impending Apple v. Motorola trial — and then began speaking out publicly about how the patent system was tilted in favor of patent-owners and against citizens and innovators.”

5) Government setbacks on seizures and extraditions: The government’s efforts to shut down sites involved in copyright and trademark infringement faced embarrassing setbacks and growing public criticism in response to questionable domain seizures and the proposed extradition of British college student Richard O’Dwyer over tvshack.com. 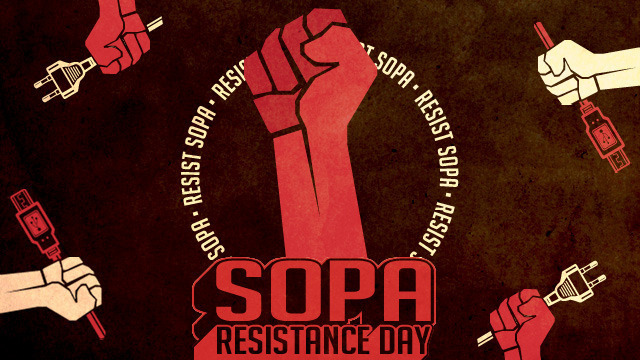 3) Megaupload shut down after unprecedented raid: “The digital copyright story of the year, without a doubt, was the fall of Megaupload. The cyberlocker site founded by the eccentric and flashy Kit Dotcom wasn’t shut down with a lawsuit in federal court — it was shut down with a full-scale police raid, complete with attack dogs and helicopters,” showing how serious the U.S. government considers copyright violations.”

2) Apple v. Samsung: In a San Jose courtroom, Apple argued that Samsung had copied the designs and features of its phones. “In a verdict the lead juror said was designed ‘to send a message,’ Samsung was found liable for trademark and patent violations and ordered to pay $1.05 billion to Apple. If the damages figure holds steady on appeal, it will be the largest patent verdict ever.”

1) The Internet stops the Stop Online Piracy Act: “The defeat of SOPA, PIPA, and ACTA represent a dramatic shift in the balance of power on copyright. For decades, copyright policy has been driven by special interests with the general public having little influence. But the January 18 protest demonstrated the Internet had matured into a potent medium for grassroots organizing. Sources tell us that almost a year later, members of Congress are still gun-shy about taking up Hollywood-backed copyright legislation for fear of provoking more online protests.”