Yahoo Edges Out Google in U.S. Internet Traffic During July

According to comScore’s monthly ranking of the top 50 U.S. Web properties, Yahoo sites stole Google’s lead in July with 196,564,000 unique visitors. Google sites, which have led in Internet traffic for the past two years, came in a close second for the month, with 192,251,000 visitors. Yahoo’s recent jump in traffic follows the company’s $1.1 billion acquisition of Tumblr in May. Yahoo has not found itself in comScore’s top position since May of 2011. 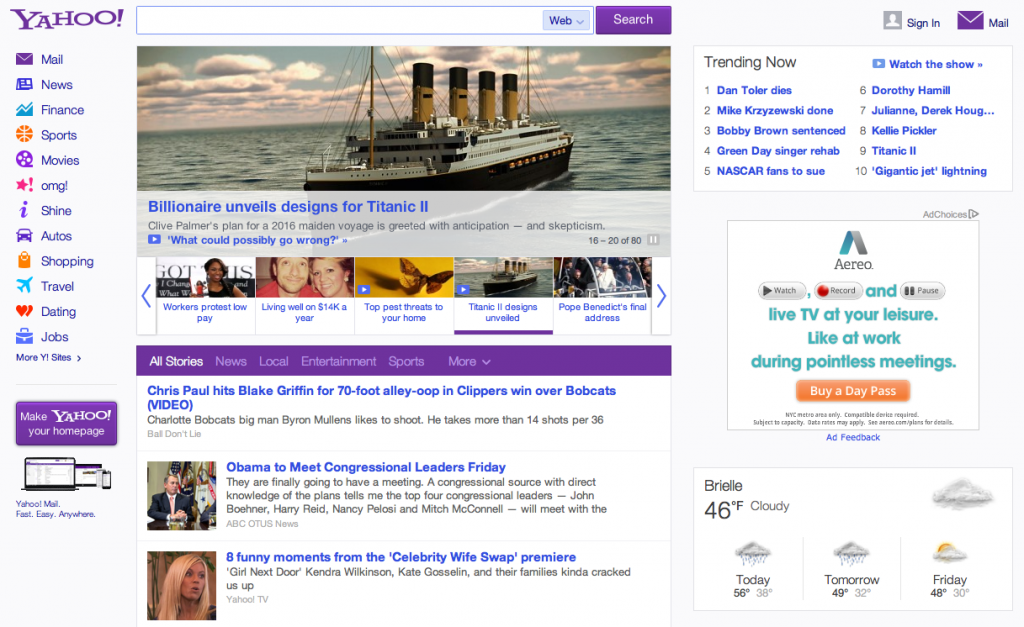 “ComScore lists Tumblr.com sites, which reportedly have a combined total of 300 million users and 120,000 new sign-ups each day, as its own entry, coming in at number 28 on the list with 38,367,000 U.S. visitors in July,” reports Digital Trends. “According to a footnote on the comScore report, ‘some portion’ of Tumblr’s traffic was assigned to ‘other syndicated entities’ — presumably Yahoo. It is not entirely clear, however, what ‘some portion’ means.”

The comScore press release notes that back-to-school shopping led to traffic spikes for fashion and accessories sites, in addition to consumer sites related to school supplies. “Coupon sites also saw pickup as consumers went on the hunt for savings,” explains the release.

“The Tumblr acquisition is part of Yahoo CEO Marissa Mayer’s efforts to revive Yahoo’s brand, and return the company to its place as a top player in the Internet ecosystem,” notes Digital Trends. “In a statement released in May, Mayer predicted that ‘Tumblr+Yahoo could grow Yahoo’s audience by 50 percent to more than a billion monthly visitors, and could grow traffic by approximately 20 percent.’ In fact, Yahoo’s traffic for July 2013 is exactly 20 percent higher than its July 2012 traffic.”