If MC10 has its way, your next wearable device will be a sticky bandage or temporary tattoo that adheres to your skin and stretches with your every movement. If you’re wearing several on different parts of your body, they’ll synchronize their data. “You achieve stretchability and bendability, which is important when you consider the human body,” said MC10 co-founder/technology vice president Roozbeh Ghaffari. “This allows you to wear systems on your body with minimal discomfort.”

The latest example is MC10’s WiSP (Wearable Interactive Stamp) for episodic monitoring. Housing a number of different sensors, WiSP is as thin as possible to incorporate sensors and other components that communicate with a cell phone as well as adhere to the skin easily. 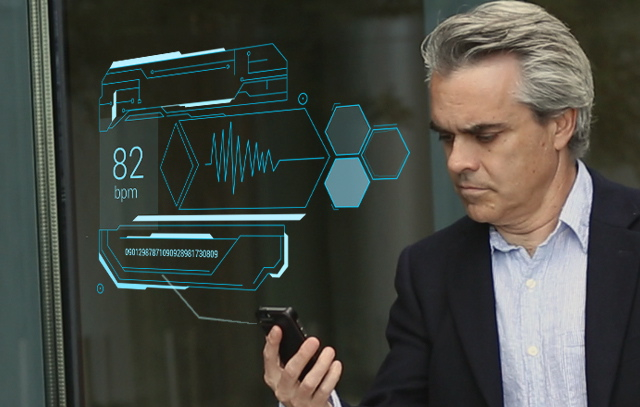 Medical device and pharmaceutical companies are just a few of the entities interested in mobile, wearable devices, aimed not at the typical fitness monitoring but for tracking chronic diseases such as movement disorders and hypertension. “We’re starting to see patients have more of an intimate relationship with using devices to track their care,” said Ghaffari.

Today’s wrist-based devices and body-strapped wearables can only go so far, and MC10 has focused on integrating sensors. “Not just one sensor but multiple sensors on multiple locations on the body,” he said. “The data takes advantage of predictive and analytic tools in the cloud before it comes to the doctor or consumer.”

“We ultimately want to get to bandage or tattoo form factors that are invisible to the user and can be synchronized,” he explained. “That’s the revolutionary progression from devices you strap on your chest. We’re building stretchable, bendable technology that incorporates electronics with the human body. They are mechanically invisible, lightweight and unobtrusive, and offer tight coupling with skin.”