VR and AR Expected to Further Redefine Experiences at CES

Virtual reality, augmented reality and immersive experiences crossed over the apex of the hype curve and are now tracking the slope of enlightenment as they develop into niche market applications or pivot into location-based entertainment. Resolution, frame rate, horizontal and vertical field of view in the HMDs (head mounted displays), and head and body tracking technology, have all improved over the last year with further advances expected next month at CES 2018 in Las Vegas. This applies equally to next generation HMDs, projection, and heads-up approaches to immersive experiences.

Audio, especially head-tracked spatial audio, got more respect in 2017, although monophonic or non-tracking 360 experiences are still common. Other control and sensory input technologies, such as eye- and hand-tracking control systems and haptic feedback solutions also continue to improve, both adding creative options for experience design and muddying the waters of what will constitute a clearly messaged consumer immersive media experience product.

Embedded sensors communicating with either internal processors or cloud-based resources such as geolocation, object/facial recognition, obstacle avoidance, and AI/personal assistants are expanding the tools available to experienced developers and blurring the distinction between the real and virtual worlds of work and play.

Hologate, the creator of turnkey multiplayer VR experiences, sold more than 60 units of its easily-maintained 4-player experience at IAAPA.

The number of funded startups and established companies in both the VR and AR ecosystem continues to grow, implying sustained confidence in the future of the industry. The press was filled with announcements of advances in cameras, photogrammetry tools, volumetric and lightfield image capture and processing, audio and video editing and game engine tools.

Price cuts and product bundles drove an increase in integrated HMD sales in the second half of 2017. One million HMDs were shipped in Q3. Sony  accounted for 49 percent of those, followed by Oculus (21 percent) and HTC Vive (16 percent). Those numbers are separate from mobile HMD sales. For example, Samsung Gear VR has sold well over 5 million units in the past year.

A large number of key players, with the notable exception of Apple, are involved in the OpenXR effort run by the Khronos Group to standardize the way AR and VR apps communicate with HMDs. Microsoft joined OpenXR in November.

AREA, the Augmented Reality for Enterprise Alliance, released functional requirements for AR devices that could be a good template for entertainment guidelines. Many other standardization efforts, including the IEEE’s, are still in the early stages of developing big picture statements of what they want to drill down to before they work on specific recommendations.

The market, technology and art of immersive experiences is still immature, so it is not clear what should be standardized as opposed to what provides competitive advantage.

Immersion and engagement are the keys to driving adoption of VR and AR, but they must be built on a good story-world. Alejandro Iñárritu was awarded a special Oscar for illustrating how this could be done in a site-specific way with his “Carne y Arena” (Virtual Present, Physically Invisible) installation piece at the Los Angeles County Museum of Art.

A potentially mass-market example is “Wolves in the Walls” from the former Oculus Story Studio team. The work is getting strong buzz for the way it uses game engine technology to support compelling interactive moments that don’t distract from the overall narrative.

The heat that was on VR and AR last year has moved on to Bitcoin, blockchain and cryptocurrencies this year, and there are efforts to use blockchain to enable new entertainment opportunities and business models. 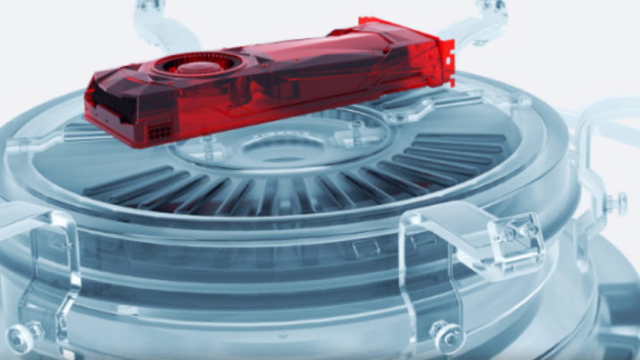 Similarly, OTOY has announced the Render Token, a blockchain-based currency that underpins a distributed GPU rendering network for rendering lightfield image files. People who buy the Render Token will be able to redeem it for computer rendering time in the future, with the hope that the coin will increase in value so the amount of computer resources it will buy will also increase over time.

ICOs are a new way to fund the build-out of elements of the immersive media ecosystem ahead of and in support of the development of the market for immersive experiences.

For more information on CES 2018 (#CES2018), visit the event’s official website or its Facebook page. If you plan on attending, you can save $200 when registering by December 18. The ETCentric community should also be interested in C Space at CES, which examines “disruptive trends and how they are going to change the future of brand marketing and entertainment.”

The ETCentric team will have the latest in new products and trends with live reporting from CES in January.