Comcast plans to renovate 70 percent of the California theme park, Universal Studios Hollywood, with thousands of parking spaces, improved transit, two 500-room hotels, and most importantly, new attractions designed to broaden their fan base. Several “Despicable Me” inspired attractions will open for young riders on Saturday. Other updates, including the highly anticipated “Wizarding World of Harry Potter” attraction, will be completed by 2016.

The new “Despicable Me” rides and water play area represent the park’s first real kiddie rides. “Our guests at this park used to start at about 11 years old and go up from there,” said Ron Meyer, vice chairman of NBCUniversal, which is owned by Comcast. “We now have something for everybody, even very young children, with much more on the way.” 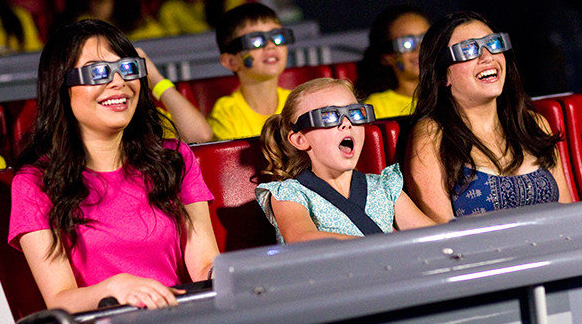 Older adrenaline-loving visitors to Universal Studios Hollywood will also have some new rides to enjoy. The “Fast & Furious — Supercharged” attraction opening next year is part movie and part thrill ride. People will pile into Universal’s iconic back-lot trams surrounded by 400-foot-long movie screens that will make riders feel like they are going on a 100 miles per hour adventure.

“We’re trying to significantly broaden our base,” said Larry Kurzweil, president of Universal Studios Hollywood. “This isn’t about adding rides. It’s about a complete transformation.”

The $1.6 billion dollar makeover follows Comcast’s expansion of its Florida theme park, Universal Orlando Resort. Theme parks continue to be a stable source of growth in the entertainment industry.

“Universal parks had operating income of about $1 billion last year, up 5.3 percent from a year earlier, according to financial filings. Revenue increased 7.2 percent,” reports The New York Times.