Twitter has acquired social TV tracking service Trendrr in a deal that further consolidates the social TV monitoring market. Twitter purchased social analytics firm Bluefin Labs earlier this year, while Nielsen picked up SocialGuide. Trendrr, which was developed by digital agency Wiredset and first launched in 2007, will not be signing any new social analytics contracts and its curation product will likely be fully folded into Twitter’s offerings. Financial terms of the deal were not disclosed. 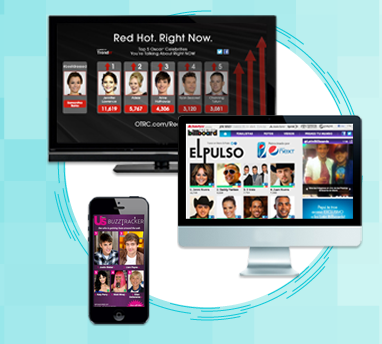 “It’s pretty clear that Twitter sees TV to be a big part of its monetization efforts (not to mention user growth),” reports TechCrunch. “In fact, the company recently announced a feature that will allow advertisers to target Twitter ads at users who just saw their TV commercials. The feature was based on technology from Bluefin Labs, the social analytics company that Twitter acquired earlier this year.”

Trendrr says it will honor its existing partner contracts, but does not have any plans to create new ones.

“Having sat at this intersection of TV and social media for years, we’ve analyzed data from lots of platforms,” explains the Trendrr Blog. “What makes Twitter uniquely compelling among these platforms is its connection to the live moment — people sharing what’s happening, when it’s happening, to the world. We think we can help amplify even stronger the power of that connection to the moment inside of Twitter.”

“Curatorr, our Twitter-certified product, will work with media companies, marketers, and display ecosystem partners to create compelling user experiences — continuing to pursue our initial charter of focusing on the real-time aspects of TV and media.”

The move will help keep future social TV analytics deals out of the grasp of other social networks such as Facebook, which has made its own social TV aspirations quite clear. Another benefit of the deal is that Trendrr can help curate a timeline of relevant tweets around a specific event with Curatorr.

“That’s especially helpful, I’d say, if a brand is trying to spin a certain narrative to audiences while watching an event in real time,” notes AllThingsD. “Not a bad way to kill two birds with one stone, either: Edge out the competition by snapping up the big analytics guys, while gaining some curation tools for media partner developers in the process.”