TiVo introduced its new Bolt DVR this week, with features that TiVo customers have requested for years. That includes a new SkipMode that improves the device’s ability to leap over commercials on recorded content, 4K Ultra HD capability, and, with a fall update, an iOS app that allows the creation of a customized “What to Watch” screen built by selecting categories based on hobbies and interests. The new TiVo also offers an iOS app with AirPlay so users can stream content to Apple TV, and the company says it’s working on an app for Amazon Fire TV.

Engadget notes that, although the SkipMode works well, it does have limitations. “TiVo is managing this by basically having people watch the programs on certain networks (the top 20 or so most popular, between 4PM and midnight) and mark where the actual show begins and the commercials end.” 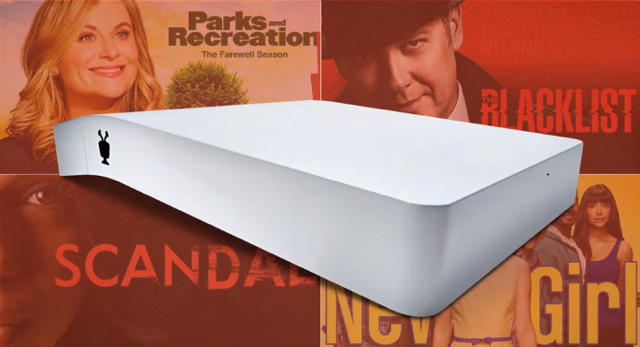 The company is also adding QuickMode, to watch recordings that can be sped up by 30 percent, with pitch-corrected audio. “It makes things go by faster without seriously compromising the experience,” says Engadget.

TiVo plans to have YouTube and Amazon 4K apps by the time it launches; Engadget bemoans the lack of apps for 4K Netflix and Hulu Plus, but notes that they should be soon in coming since Bolt “is going all-in on HTML5-based apps.” Also lacking, says Engadget, is apps for connected devices such as Roku, Microsoft Xbox, Sony PlayStation and Google Chromecast.

The new TiVo also features a tweaked menu and OnePass for TiVo Online as well as better social sharing on Facebook and Twitter with a link to watch the show.

Shipments are expected on October 4. Engadget quotes prices as $299 for 500GB or $399 for 1TB, both of which come with the first year of TiVo service included.