The Wolfe Aims to Turn MacBooks into Virtual Reality Players

Apple’s laptops may not have the power to run many virtual reality experiences, but an upcoming Kickstarter campaign aims to change that. The Wolfe offers an external Thunderbolt-connected GPU as a simple solution for supercharging laptops. According to its creators, The Wolfe increases the MacBook Pro’s GPU processing capabilities up to ten times. The form factor is a tidy, largish box housing an Nvidia GPU that is currently the baseline for the Oculus Rift and HTC Vive. Early Kickstarter backers will get one for $399.

According to Digital Trends, there will be two versions of the device: The Wolfe (with an Nvidia GTX 950 card) and The Wolfe Pro (with a GTX 970 card). The form factor is “a case that’s 7.8 inches deep by 5.4 inches wide and 2.6 inches tall, which weighs between two and 3.2 pounds.” 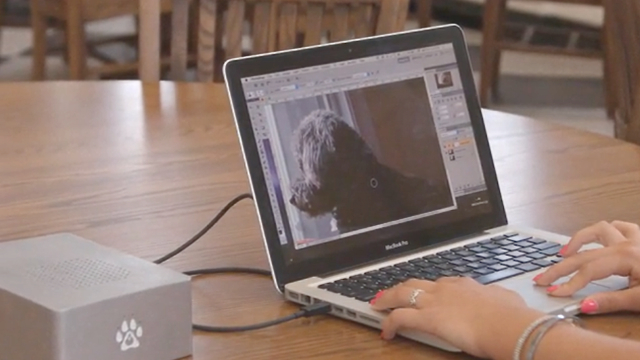 Road to VR reports that, although The Wolfe Pro “resolves the hardware issue,” it still doesn’t offer support for the Rift or Vive on Apple’s operating system. Users will have to “dual-boot with a Windows operating system via Boot Camp” in order to view VR content on the Mac. The Wolfe also needs a power socket, which limits the entire system’s portability.

Finally, advises Road to VR, “check out how many USB 3 sockets are featured on your MacBook.” That’s because the Rift requires “a minimum of two USB 3 sockets … and that’s before any additional sensor is required for the forthcoming Touch controllers,” which require yet another port. Should users want to avail themselves of the Xbox One wireless controller, they will also need a USB 2.0 port for the dongle.

Creators of The Wolfe see the device as a means of supercharging laptops for a wide variety of applications. The Wolfe is a “no-hassle solution that turns your laptop into a mobile powerhouse,” according to CEO Dino Rodriguez. “Plug in, power up, and do all the gaming, graphic design and other professional work on the device you already own. You never have to buy a desktop again.”