Publisher Hearst is paying $81.25 million for a 25 percent interest in DreamWorks Animation’s AwesomenessTV. Announced yesterday, the deal will help Hearst leverage a younger audience, while DWA will use the cash infusion to help develop the fast-growing AwesomenessTV business. The pact plans to help AwesomenessTV expand into new content channels, broaden its audience and expand its geographic reach. AwesomenessTV will also gain access to Hearst’s subscription VOD platform. END_OF_DOCUMENT_TOKEN_TO_BE_REPLACED

In a 57-page decision issued this week, a New York federal judge ruled against music streaming service Grooveshark in a copyright infringement case. The judge ruled that the service’s parent company, Escape Media Group, and co-founders Samuel Tarantino and Josh Greenberg, had uploaded almost 6,000 songs without licenses, and urged their employees to do the same. Meanwhile, a California judge ruled in favor of musicians Flo & Eddie in a suit against SiriusXM, and now the duo is taking on Pandora. END_OF_DOCUMENT_TOKEN_TO_BE_REPLACED

Universal Music Group has its hands on new video editing technology that will allow the music giant to regularly update the product placement in its music videos, even ones that have already been released. A music video for Swedish EDM producer and DJ Avicii with an ad by Grand Marnier was the first to feature the new technology. Coca-Cola, LG, and Dish Network are some of the other brands that viewers can expect to see in updated music videos. END_OF_DOCUMENT_TOKEN_TO_BE_REPLACED

Universal Music Group, largest of the major music labels, just closed an investment deal with Rockbot, a virtual jukebox service that provides music to bars, restaurants and other locations. Through Rockbot, businesses can play licensed music while customers use a mobile app to check in and interact with the songs. One perk is the ability for customers to vote on which music will be played. Rockbot expects to use the new funding to expand its reach throughout the U.S. END_OF_DOCUMENT_TOKEN_TO_BE_REPLACED

Earlier this month, ETCentric reported that Apple has been planning a cloud-based music locker service that will enable its customers to stream music to smartphones, tablets or computers. As progress continues regarding deals with the major music labels, the new service may launch sooner than originally reported — with rumors speculating possibly as soon as June 6 in San Francisco at the Apple Worldwide Developers Conference (WWDC 2011). 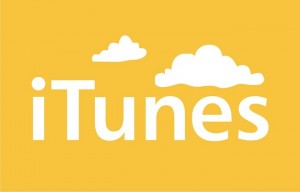 The Apple proposal is different from Amazon’s recent Cloud Drive rollout and Google’s Music locker service (the beta for which was announced at Google I/O). As reported, Apple is seeking paid licenses from the labels for its service (Amazon and Google launched their services without gaining such approval). Bloomberg reports that Apple has reached agreements with three of the major labels (Sony, EMI and Warner) — with Universal Music Group close to a deal.

By jumping the gun, Amazon and Google may have helped Apple position itself to take the lead in this arena. As TechCrunch reports: “So the labels, which for the better part of a decade now have been looking for someone, anyone to help counter Apple’s power in their business, is turning right back to Apple when they need help. And Apple will obviously gladly welcome them with open arms. After all, with these licenses, Apple will have secured the cloud music high ground despite being the last to launch. Think about it. With these agreements, Apple is likely going to be able to do the one thing that is absolutely crucial for cloud music to take off: offer library syncing without uploading.”

Plus, Apple has the benefit of an existing consumer base, with 200 million people who already have iTunes accounts. There has also been speculation that the cloud music service may be integrated with a revamped version of MobileMe, Apple’s subscription-based collection of online services and storage.

1. There’s no doubt who the top-four record companies are pulling for in the cloud music wars. They hope Apple’s service makes the other two guys look shabby by comparison. The thinking is that if Apple’s service eclipses those of its rivals, it will prompt Amazon and Google to pay the labels’ licensing rates.

2. What nobody has proven yet is whether consumers even want the cloud. CNET has reported that Apple is likely to charge a subscription fee eventually for its cloud service. Subscription music services, such as Rhapsody, have a spotty record at attracting audiences.

Related TechCrunch article: “Google And Amazon May Have Just Handed Apple The Keys To The Cloud Music Kingdom” (5/18/11)