After a two-year investigation into whether or not Google’s Street View violates privacy protections, law enforcement officials have again told the company it is time to shape up. Google acknowledged breaches this week and said no longer will there be a scenario in which a midlevel engineer launches a program to secretly gather data from possibly millions of unencrypted global Wi-Fi networks, unbeknownst to his bosses. END_OF_DOCUMENT_TOKEN_TO_BE_REPLACED

According to a study from researchers at Carnegie Mellon University, which followed the privacy practices of 5,076 Facebook users over the course of six years, Facebook succeeded in reversing users’ inclination to avoid public disclosure over time. And even as some sought to keep personal data private from strangers by limiting what was available on their profiles, they increased what they shared with friends throughout the years. END_OF_DOCUMENT_TOKEN_TO_BE_REPLACED

As Internet users become more aware of online privacy issues, Internet companies are working to prove that consumer data is safe and under control. Some companies are even trying to gain advantage in the market by promoting themselves as more privacy-friendly than their rivals. Mozilla recently took this approach when it announced it would allow users to disable third-party tracking software. Others have taken similar tacts. END_OF_DOCUMENT_TOKEN_TO_BE_REPLACED

After Congress reintroduced the controversial Cyber Intelligence Sharing and Protection Act (CISPA), a collection of Internet freedom activists quickly jumped into action. “Among them have been Demand Progress and Fight for the Future, who this week helped 300,000 citizens send a petition against CISPA to the lawmakers behind it,” reports Mashable. END_OF_DOCUMENT_TOKEN_TO_BE_REPLACED

Google Demands Warrants for Access to Email and Cloud Data

Despite federal law that states authorities do not need warrants for e-mails stored for longer than 180 days, Google demands probable cause warrants when asked for user data from Gmail or other cloud-based services. “Google requires an ECPA search warrant for contents of Gmail and other services based on the Fourth Amendment to the Constitution, which prevents unreasonable search and seizure,” Google said in a statement. END_OF_DOCUMENT_TOKEN_TO_BE_REPLACED

Will Failure of Internet Self-Regulation Lead to Do-Not-Track Option?

“If you want to see how industry self-regulation can fall short, take a look at the online advertising business and the fight over a do-not-track protocol to protect consumer privacy,” suggests the Wall Street Journal. “It would seem to be in business’s interest to keep customers happy,” notes the article, “to give those who want it the guarantee that they aren’t being tracked on the Internet.” END_OF_DOCUMENT_TOKEN_TO_BE_REPLACED

Despite panicked reports regarding recent changes to Instagram’s terms of service, The Verge notes that the Facebook-owned photo-sharing service always had an expansive license to use and copy images, not unlike the agreements of other Web services that store user data. There has been an uproar to the following sentence, released earlier this week: “You agree that a business may pay Instagram to display your photos in connection with paid or sponsored content or promotions without any compensation to you.” END_OF_DOCUMENT_TOKEN_TO_BE_REPLACED

The social network will provide a dropdown box on “almost every page,” reports The Atlantic. Facebook will also include messages alongside posts to help people understand who can see the specific status update or picture.

Changes to the privacy settings are intended to help people understand who can see content, and to help users target and remove inappropriate or unwanted content.

The changes will not affect Facebook’s data sharing, and Facebook will continue to leverage user data to build targeted advertising.

While The Atlantic classifies the changes as mostly “cosmetic,” it still says they are important because simplifying privacy control could help Facebook gain user trust.

Is the Carrier IQ Rootkit Tracking Everything on Your Smartphone?

Panel Notes from FoE 5: At What Cost? Privacy Issues in a Digital World 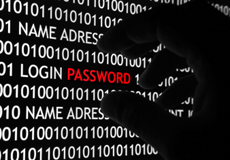 The following are some notable comments from a panel at last week’s Futures of Entertainment conference at MIT.

Panel: “At What Cost? The Privacy Issues that Must Be Considered in a Digital World”

Study Reveals One in Five Willing to Friend Strangers on Facebook