Time is launching its People/Entertainment Weekly Network (PEN) today — a streaming, ad-supported video service also available as an app, on numerous Web-connected devices and People’s website. The venture, Time’s latest effort to leverage digital advertising, is free and available to watch live and on-demand, with a focus on celebrities, coverage of popular entertainment franchises (such as “Star Wars” and “Game of Thrones”), live events (such as the Emmy Awards) and human interest stories. END_OF_DOCUMENT_TOKEN_TO_BE_REPLACED

END_OF_DOCUMENT_TOKEN_TO_BE_REPLACED

Samsung has updated its mobile computing line with two new models, the Galaxy NotePRO and the Galaxy TabPRO. Both are offered with 12.2-inch screens (the TabPRO also comes in 10.1-inch and 8.4-inch configurations) and are touted as the first mobile devices to offer 16:10 screen ratios. Each features sharp WQXGA displays at 2560×1600 resolution (more than 4 million pixels) for full HD viewing. The tablets run Android 4.4 KitKat. END_OF_DOCUMENT_TOKEN_TO_BE_REPLACED 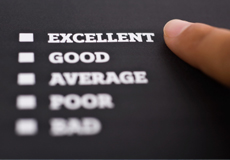