Kid-safe technology startup SuperAwesome is introducing an alternative to YouTube’s embedded video player intended for publishers of children’s content. The new offering — which joins the SuperAwesome platform of “kidtech” tools created for areas such as advertising, authentication, parental controls and social engagement — provides brands with a viable video player alternative as privacy issues dominate the spotlight. According to the company, the player does not collect data on kids and adheres to COPPA and GDPR.

“The launch comes at a key time in the industry, as YouTube is now the subject of a class-action lawsuit over children’s privacy, and recently had an FTC complaint filed against it by 23 advocacy groups,” reports TechCrunch. “The complaint says YouTube has been collecting data on children’s viewing patterns for years, in violation of federal law — meaning COPPA, aka the Children’s Online Privacy Protection Act.” 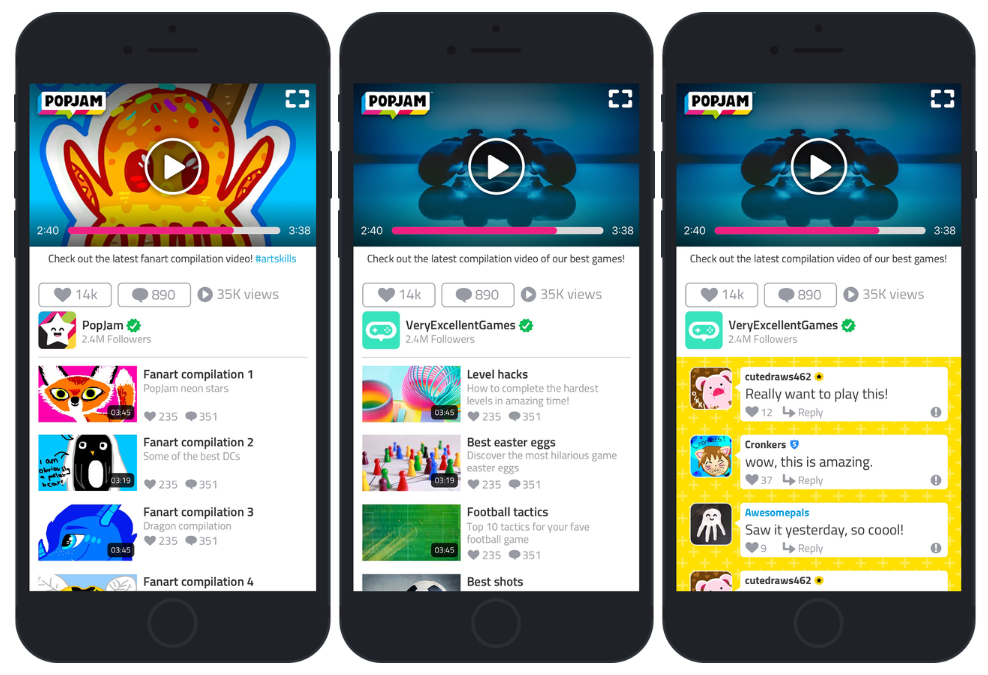 The SuperAwesome blog explains that the “embeddable video player is part of the PopJam Connect platform, which also provides tools for kid-safe social engagement for content owners and brands.” It integrates PopJam’s social features and “can be customized by the publisher, with a self-serve dashboard to create, schedule and report on video and social content, and to organize video playlists. It also features optional kid-safe monetization options.”

Providing brands with a kid-safe option for embedding a video player in their apps and websites could apply to a sizable audience.

“There are over 170,000 children going online for the first time every day and the kidtech ecosystem is growing equally quickly to make the broader Internet compatible with this new audience,” said SuperAwesome CTO Joshua Wohle. “Publishers have been starved for kid-safe social and video options that are designed for the under-13 audience.”

According to TechCrunch, SuperAwesome “counts among its customer base over 190 kids’ brands like Crayola, Topps, Spin Master, Warner Bros., Hasbro, Disney, Roald Dahl, Mattel, Dreamworks, Penguin, and others. These companies use SuperAwesome’s platform and its tools for socially engaging, advertising and connecting with their under-13 audience.”