Two years ago, Gnarbox, which offloaded video from the smartphone to enable 4K video editing, earned over $500,000 from almost 3,000 backers on Kickstarter. Today, the $299 Gnarbox — a small black box for portable backup and editing — contains a mini-PC with 1.9GHz quad-core processors, a dedicated GPU, 128GB storage, Wi-Fi, SD card slots and three USB ports, but no display. Instead, all the processing that takes place in Gnarbox is visible on the user’s smartphone, with editing in and out points indicated by a simple swipe.

Engadget reports that, “in the app, you’ll see every video currently on the Gnarbox, browsable by device (internal storage, memory card, USB drive and so on) … all the video previews and edits you do on the phone are really happening on the Gnarbox — but it feels as if all the files are right there on your handset.” The user can “add color adjustments and other effects, re-order to your liking, add music and export.” 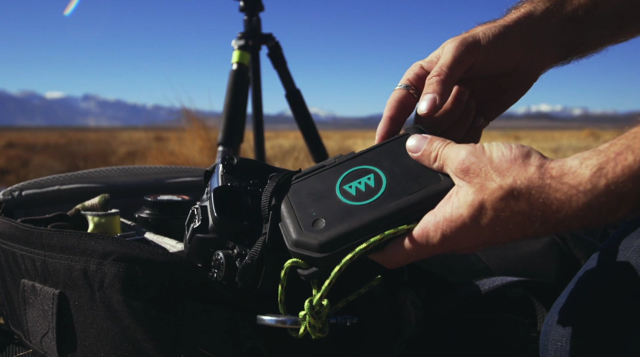 Gnarbox co-founder Tim Feess “hopes that the ability to handle 4K video and RAW images will entice pro users and that the app-based interface and ease of use will appeal to serious mobile/social video producers.” Engadget reports that Gnarbox is “not quite as polished as iMovie on iOS (which edits 4K, but not easily from multiple sources), nor does it quite have the flow of something like GoPro’s Quik … but the guts are there, and Gnarbox is improving the app almost weekly.” 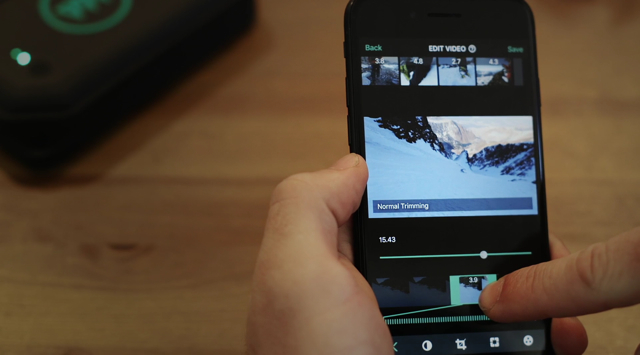 Gnarbox does suffer from battery drainage, a problem that is common with Wi-Fi-based accessories, and the black box “also gets a little warm to touch,” but Feess says the warmth is “how you know it’s working, and that the heatsink is right under the housing; it’s never too hot.”

The Engadget reviewer says he can see the usefulness to “certain pro video producers [who] … find themselves out in the field and don’t want to bust out a laptop,” and that “less demanding users might appreciate the ability to work fast with their files.” He also notes it’s ideal for “skaters that shoot in 4K, but want an edit for sharing right away,” since “a Gnarbox would go some way to dissolving that invisible wall between my camera and my hard drive,” which he describes as “a problem GoPro, in particular, has been trying to solve for a long time.”