Netflix has launched a new website called Spoiler Foiler that enables users to read their Twitter feeds without running the risk of seeing spoilers related to AMC’s award-winning series “Breaking Bad.” For example, fans who access Twitter on Monday morning, but missed the show the night before, can now rest easy. Through an automatic filter, tweets that contain potential spoilers appear blacked out, providing users with the option to read them or not. 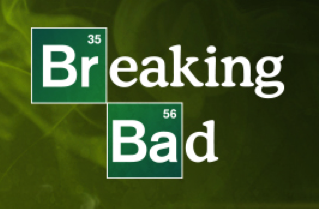 “Behind on ‘Breaking Bad’? Now you can check your feed without fear,” reads the Spoilerfoiler.com site. “Any tweets with danger words get blacked out. When you’ve caught up, it’s safe to go back to normal Twitter. Until Heisenberg comes knocking again on Monday.”

“Spoiler Foiler was launched to promote Netflix’s British offshoot, but can be used by anyone, regardless of their location,” reports GigaOM. “In the UK, Netflix shows episodes of ‘Breaking Bad’ hours after they air on U.S. television, which is a bit of a departure from Netflix’s traditional licensing and scheduling model.”

“In the U.S., Netflix generally gets shows like ‘Breaking Bad’ out of season, adding an entire season at once to allow subscribers to binge watch. Season 5 of ‘Breaking Bad,’ for example, arrived on Netflix a week before season 6 premiered on AMC.”

So far, Netflix is only using Spoiler Foiler for “Breaking Bad,” but it opens interesting possibilities for other programs.

“The app takes an aggressive approach, blocking any tweet with the words ‘breaking’ or ‘bad,’ even if they may have nothing to do with the show, or are merely innocent comments on the show’s Emmy win,” notes Variety. “However, for those who have to wait to watch the finale, it may be better to be safe than sorry.”