Samsung’s digital voice assistant Bixby just arrived on millions of the company’s Galaxy S8 phones. According to Samsung head of mobile software R&D Injong Rhee, the inspiration for Bixby was super-hero Tony Stark (“Iron Man”), who only needs to voice orders to activate all kinds of systems. Similar to Stark, Samsung wants to use Bixby to activate all kinds of devices, from dishwashers to TVs. While Bixby cannot control all apps yet and, like other digital assistants has some limitations, early reviews suggest it excels at function-based commands.

The Wall Street Journal believes that, “Bixby over-promises and under-delivers,” but that, “lucky for Samsung, so do most of its rivals.” But it credits Bixby for “bring[ing] an important new dimension to the crowded field of talking tech,” by offering a dedicated button as well as a “wake phrase.” 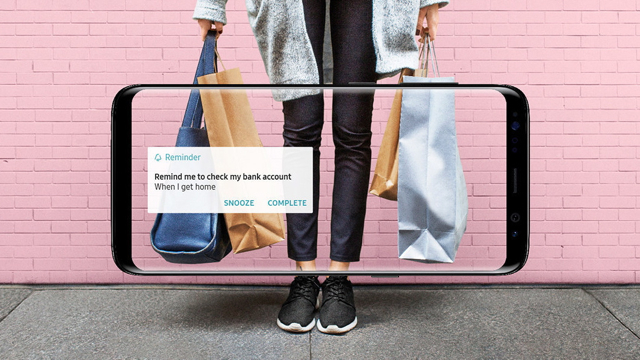 “At its best, Bixby is less of a secretary and more what AI futurists call a ‘conversational interface’.” That’s because Bixby can “operate every last one of the S8’s gazillion settings, as well as all the functions in 12 built-in apps such as the Gallery, Messages and Internet Browser,” with “another 21 apps including Email, Gmail, Maps, Yelp and Uber … listed as experimental.”

Bixby also excels at so-called function-based commands, such as taking a selfie or posting the last photo taken by the camera to Facebook. “What’s better, Bixby lives on top of other apps and knows what’s going on in them.” Bixby also improves its performance by asking for feedback, and will present options if it isn’t certain what the user is asking for. The user can also train Bixby to respond to customized “quick commands.”

On the downside, Bixby doesn’t always pronounce words or phrases properly … “clearly it doesn’t have Google, Apple or Amazon’s years of voice experience,” and doesn’t always understand what the user wants, getting confused by several commands the WSJ reviewer issued. It also can’t control popular apps such as Spotify, although “Apple, too, has been slow at rolling out third-party Siri integration.”

WSJ’s conclusion is that, “it’s going to take time for Bixby to get even as reliable as Siri, but Samsung has as much money as Iron Man to throw at the problem.”