RadicalMedia has been working on a project to present “great people” as holograms in venues optimized for augmented reality. Although much of the project is under wraps, more became clear recently when RadicalMedia partnered with Uncorporeal, a volumetric capture startup developing technology to create human holograms that can be used in VR or AR content. Headed by Sebastian Marino, formerly visual effects supervisor on “Avatar,” Uncorporeal’s eight staffers are veterans of Lucasfilm, Weta Digital and Electronic Arts.

Variety quotes RadicalMedia CTO Evan Schechtman that the aim is to create an experience where “the whole volume of the room is the canvas.” He’s a fan of augmented reality, which he believes will “eclipse VR,” due to its “potential for social and shared settings.” 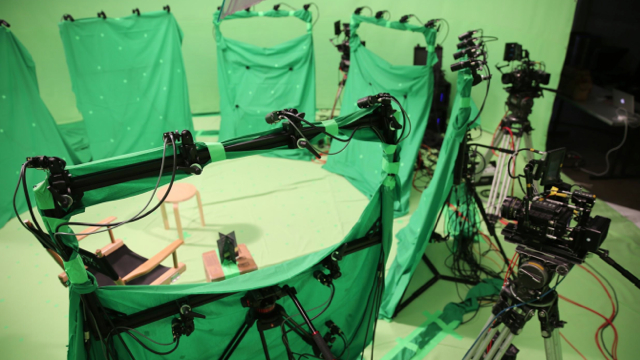 “VR is an insular experience,” said Schechtman. He believes AR will reach the market within the next year.

Uncorporeal co-founder/COO Kul Wadhwa adds that, “we are focused on cinematic holographic video capture.” The team uses 48 off-the-shelf cameras in a circle around a greenscreen stage, later adding footage shot with RED cameras. The resulting data can be used for augmented reality, virtual reality or plain video; since it is resolution-independent, Uncorporeal “can always build higher-resolution versions for headsets that have yet to be built.

“We can do things that the technology doesn’t support yet,” Wadhwa said.