Pitchfork, founded in 1995, made a big name as a small independent music website and quarterly magazine that was an outsized tastemaker in the arena it served. The site’s lengthy reviews took independent music and its practitioners seriously, making it the benchmark for fans, college radio stations and concert venues. Now, Pitchfork Media, the company behind the website and magazine, has been acquired by publishing behemoth Condé Nast for an undisclosed sum, effective immediately.

Wired describes the major impact that Pitchfork — too small to be measured by Nielsen//NetRatings — has had on its largely millennial readership. “Pitchfork has found its own way to thrive in an industry that is slowly being niched to death: It influences those who influence others. Pitchfork thrives in this new climate… the site was speaking directly to listeners no longer served by traditional media outlets.” 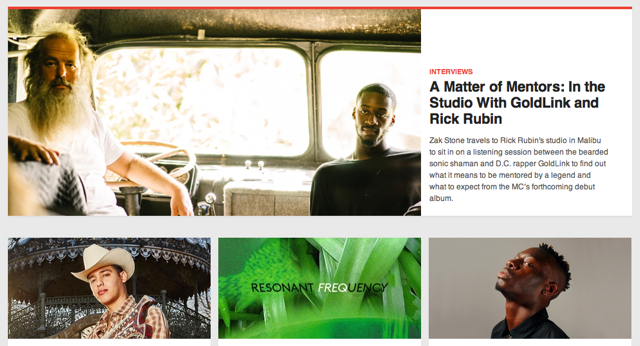 Pitchfork’s reviews could make or break an indie band’s future, earning “the trust and deference of a rock-starved readership desperate for a more comprehensive and reliable filter.”

Wired reports that aggregator site Metacritic.com, which weighs reviews from 50 different publications, a Pitchfork review had as much credibility as one from Rolling Stone.

The news that Condé Nast acquired Pitchfork Media, as reported by The New York Times, shook up the indie music crowd. But Condé Nast executive Fred Santarpia notes the acquisition gives the company “a stand-alone music publication with a strong editorial voice… [and] a very passionate audience of millennial males into our roster.” Pitchfork also offers a “thriving live events business, with events in Chicago and Paris, and robust video offerings.”