Nintendo recently released a Wii U version of the popular “Super Smash Bros.” in addition to a series of Amiibo toy figurines designed for interactive gameplay. While facing the growing popularity of less expensive games for mobile devices, Nintendo has also recently struggled to compete with other console manufacturers, leading to disappointing overall sales of its Wii U. Nintendo hopes that the Amiibo line can reignite interest in some of its most beloved characters such as Mario and Luigi.

“Nintendo will be entering a toys-to-life market that grew 22 percent, to $425 million, in the United States in the 12 months that ended Oct. 14, according to the NPD Group,” reports The New York Times. “Disney and Activision Blizzard dominate the sector, but analysts say there is room for Nintendo.” 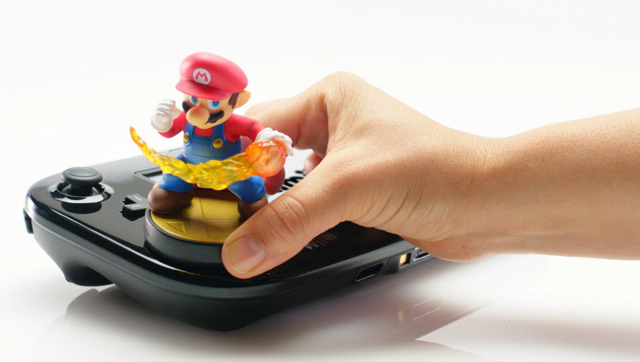 Each Amiibo toy sells for $13 and can be used side-by-side with the “Super Smash Bros.” game to provide additional interaction and bonus features.

The interactive gameplay works using near-field communication that sends signals from the figures to the console or game device. “Tapping an Amiibo figure to the Wii U controller sends the toy character into the game to fight alongside, or against, the player,” notes NYT.

“Nintendo is counting on the game and the Amiibo figures to bolster the Wii U,” explains the article. “Sales of the console more than doubled, to 610,000 units in the quarter that ended September, compared with the same period a year earlier. The increase was attributed partly to a weak yen, which made Japanese products cheaper to buy, and to strong demand for ‘Mario Kart 8,’ which was released in May.”