Yahoo is making deals yet again to expand its video content in an effort to compete with Google’s YouTube, Hulu, Netflix and Amazon. This time, Yahoo will make a foray into original programming by commissioning two original TV-length comedy series. The shows will be available to stream online from Yahoo Screen in early 2015. In addition, Yahoo struck a deal with Live Nation Entertainment to start streaming one live concert per day starting in July. 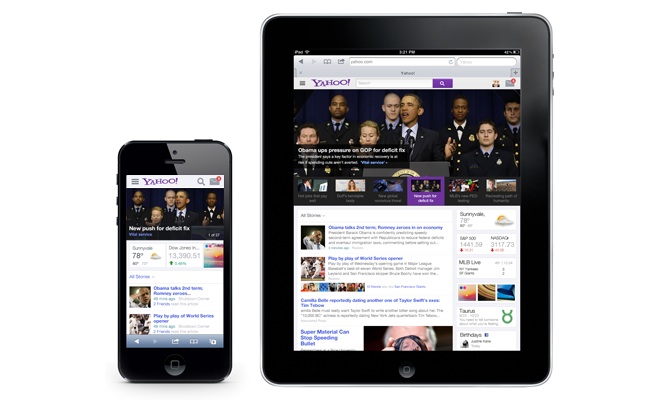 Yahoo will release all eight episodes of each new series, “Other Space” and “Sin City Saints,” for free online. Paul Feig, the writer-producer of “Freaks & Geeks” and the director of “Bridesmaids,” will produce “Other Space,” a series chronicling a misfit spaceship crew and their adventures in an alternate universe.

Bryan Gordon of “Curb Your Enthusiasm” fame will direct the other new show in Yahoo’s lineup, “Sin City Saints,” which will feature the exploits of a pro basketball expansion team based in Las Vegas.

Yahoo is hoping to break even on this new venture into original programming, or maybe even make a profit from the traditional video ads and sponsored landing pages (Web pages with a video player surrounded by a sponsored ad).

According to The New York Times, “Yahoo will be paying fees comparable to what cable and broadcast networks pay,” which can range from $400,000 to over $1 million per episode. Yahoo will be announcing two more series soon.

Yahoo has yet to announce the acts that will be included in Yahoo’s live streaming channel of daily concerts, but that has not stopped the Kellogg company from signing on as a sponsor already.

In collaboration with Live Nation Entertainment, Yahoo hopes to bring shows of all levels and genres, from pop superstar stadium shows to EDM festivals to up-and-comers’ club shows, to viewers’ screens. The content will also include exclusive behind-the-scenes footage and interviews in the hours before and after the performance.

The partnership brings together two major companies in entertainment and technology. Live Nation Entertainment streams 60,000 concerts per year, according to Billboard. The Internet portal Yahoo, on the other hand, receives 800 million monthly unique views.

Yahoo’s other recent projects in the online video field include a new deal with Vevo to increase music video content. The Wall Street Journal reports that Yahoo CEO Marissa Mayer “has aggressively sought content for the Yahoo Screen site, including reruns of ‘Saturday Night Live’ and original interviews done by Katie Couric, whom Yahoo poached from ABC last year.”