Sensor devices used to track shoppers are becoming more commonplace in shopping malls this holiday season. The devices, often scattered through malls to identify shoppers’ movements, help retailers track how long people are waiting in line and pinpoint where they’re shopping. Some even use heat maps to show where within a store most people are gravitating. The Future of Privacy Forum estimates that approximately 1,000 retailers are using sensors. 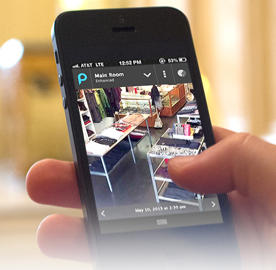 Jeweler Alex & Ani is one such retailer that uses software from Prism Skylabs to track consumers movements in real time. According to The Wall Street Journal, Prism Skylabs “combines video from security cameras with software to build flow charts of people’s movements and uses heat maps to show which products get picked up more frequently than others.”

On Black Friday, the article notes, Alex & Ani used this data to make decisions about its store layouts, “swapping candles, charm bangles and perfumes from low-traffic areas to high-traffic ones, cutting down on bottlenecks by moving popular items to less busy parts of the store and signing up people to shop online when wait times got too long.”

However, such methods of monitoring are raising privacy issues. Qualcomm, the maker of Gimbal sensors used in many retail stores, says opting in and out of such tracking is consumer-friendly. “But users still have to be mindful,” PC World adds. “The platform allows retailers to see ‘who stopped by and how long they stayed.’”

According to WSJ, Boston startup Swirl Networks installed Bluetooth transmitters in stores like Timberland and Kenneth Cole to offer customers deals tailored to their actions.

“A retailer might see it’s the third time you’ve come in a store and never bought something, so they’d send you a better incentive,” Swirl Chief Executive Hilmi Ozguc told WSJ. “It’s really about reaching a customer right at that critical moment they are making a decision.”