At the global debut of its Xbox One X, Microsoft described it as the world’s most powerful game console, with 4K resolution, high-dynamic range (HDR) games and 40 percent more performance than other consoles. The new console already has 50+ Xbox One X titles that have been remastered to 4K, a number that will jump to 70 by end of the first week. The company says 160 games are being readied for 4K HDR, among them “Forza Motorsport 7,” “Super Lucky’s Tale,” “Assassin’s Creed Origins,” “Middle-earth: Shadow of War” and “FIFA 18.”

VentureBeat reports that the console, which sells for $500 in the U.S., will soon offer an Xbox One exclusive, “PlayerUnknown’s Battlegrounds” that will launch on December 12. “We built Xbox One X to give game creators the most powerful platform to bring their visions to life and to give gamers the best console to play the games of the past, present and future,” said Microsoft head of gaming Phil Spencer, who says the company will offer gamers access to “more than 1,300 titles and more than 220 exclusives.” 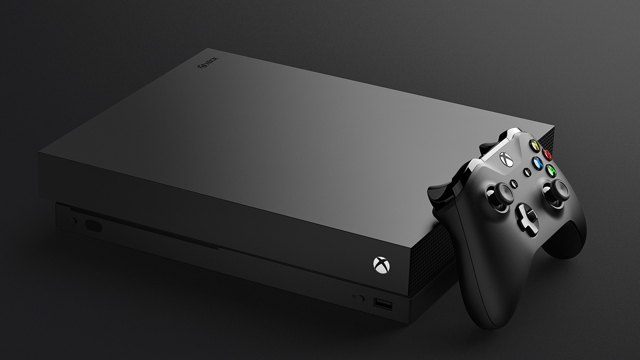 The console will be sold in 35 markets, “making it the broadest launch in Xbox history.” According to IHS Markit, Microsoft will likely sell “about 900,000 units … during 2017 in the U.S. and the U.K.”

IHS also predicts that, “the Xbox One X will likely be about 20 percent of total holiday season sales, while the Xbox One family consoles will be about 80 percent.” Leading up to the launch, “Microsoft hosted a livestream on Mixer with celebrities including Chris Evans, James Corden, DJ Khaled, Chandler Riggs, and more.”

Elsewhere, VentureBeat reviewed the new Xbox One X, saying it is “not a next-gen console,” but rather “an Xbox One in terms of the games it can play, its operating system, and its controllers and peripherals.” It distinguishes itself by its increased power, although “it is not a replacement for a powerful PC.”

According to The Verge, the new Xbox One X succeeds in that it is a “smaller, sleeker, faster console than the original, and it’s easily more capable than the PS4 or PS4 Pro (Sony’s 4K console) in terms of raw power,” but “the benefits are really going to depend on what game you’re playing.” The reviewer here lamented that, “My biggest issue with the Xbox One X is a lack of stunning 4K games to really show why this is worth $499.”

The Xbox One X has a 4K Blu-ray drive and some “good third-party apps for entertainment, including Plex, Spotify, Amazon Video, Netflix, HBO GO, and Hulu Plus.” The conclusion? “If you already have a large stack of Xbox One games and you’re using the original console, this is going to be a nice upgrade if you own a 4K TV. For anyone else, this probably isn’t the console for you.”