LucidCam successfully raised $100,000 on Indiegogo from 264 backers, and now is well on its way to creating the camera that sounds too good to be true: a $299 device that’s small enough to fit in a pocket and yet can shoot immersive virtual reality content. The company, headed by chief executive Han Jin, says the LucidCam team is now busy creating partnerships with content creators and brands — its first is with make-up brand Sephora — and reveals that the company will release its first 360-degree 3D video in December.

TechCrunch interviewed Jin about the camera they’re calling “the Flipcam for VR.” Although Jin won’t name a shipping date, he did reveal some details about its continued development. 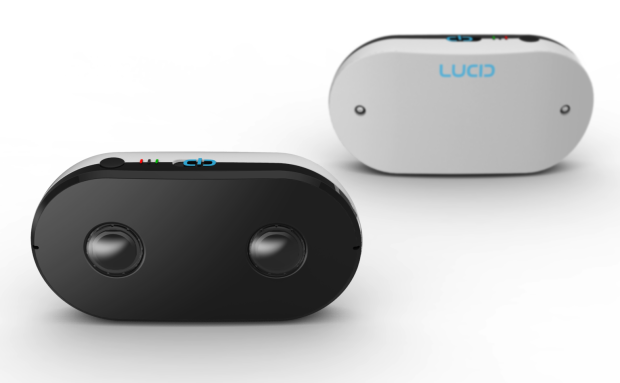 Based on feedback from supporters, the company is working to implement Wi-Fi to make it easier to transfer videos quickly to the phone. Backers are less interested in live streaming, however, so Jin says the company will “save that for version 2.” Feedback also included the importance of uploading videos to YouTube, a feature LucidCam now offers.

LucidCam has also begun creating VR content: a promotional skydive video and, with new partner Sephora, a virtual reality tour for the launch of the company’s concept store (the Sephora Beauty TIP Workshop) in San Francisco. Jin also noted that, “backers can’t wait to create their own content and share.”

“The backers are also helping us focus on simplicity,” he said.

LucidCam has been showcased at the Meet Taiwan Exhibition, said Jin, and the company will be in Europe in December “to build distribution partnerships,” and then in Las Vegas in January to participate in CES.