During the Consumer Electronics Show in Las Vegas next week, LG Electronics is planning to unveil its 31-inch “Real 4K” 31MU95, the company’s first 4K PC monitor. While manufacturers such as Asus, Dell and Sharp already sell 4K monitors with 3840×2160 resolution, LG’s first offering will tout 4096×2160 resolution at a 16:9 aspect ratio, the ultra-wide 4K resolution favored by the film industry. LG’s 4K monitor is intended for professionals in visual industries including design and film.

Pricing and availability have yet to be announced. “The 31-inch Ultra HD monitors from Asus, Dell, and Sharp are already priced well over $3,000,” reports PC World. “All those extra pixels for the cinematic flavor of 4K should mean an even higher price tag for LG’s PC panel.” 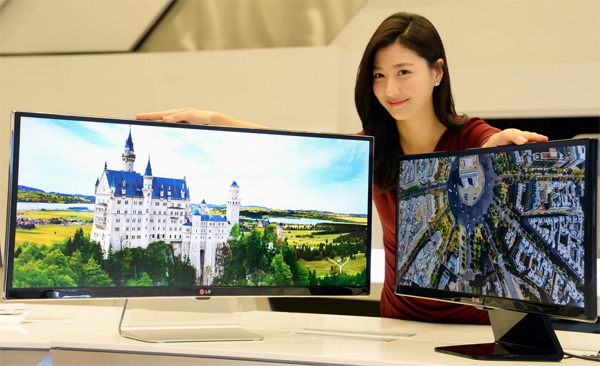 PC World suggests that 4K will be a major theme at CES again this year. “With the 3D craze waning and connected smart TVs old hat, electronics makers are desperate for a new selling point that can lure shoppers into A/V showrooms,” notes the article.

“With falling TV prices, broadcasters working on 4K compression techniques, and streaming media companies such as Amazon and Netflix getting into the Ultra HD revolution, 4K is almost certainly the next big thing. But we’re definitely still wading in the early adopter phase, and it’s anybody’s guess as to when 4K will go mainstream.”