Chat is the latest significant tool in enterprise, as evidenced by Facebook’s introduction of Workplace by Facebook, a version of its social network for organizations, and Microsoft’s new Office 365 productivity tool Microsoft Teams. More such chat tools come from HipChat and Slack Technologies, the latter of which counts four million daily active users and is valued at $3.8 billion. Facebook also opened Messenger for businesses to build virtual assistants, and developers have already built more than 33,000 so-called chatbots.

The Wall Street Journal notes that the trend is dubbed “ChatOps,” and is spreading from software developers to nontechnical workers. Both Slack and HipChat can notify administrators when a server goes down, and “connect with other services, or custom software code, allowing computers elsewhere to push notifications into group chats” or send “commands directly from a chat window to a remote system.” 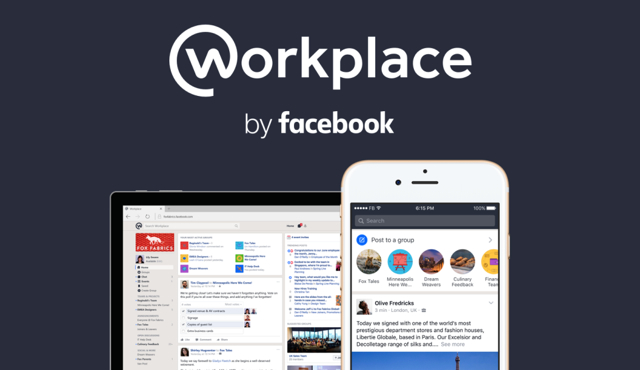 “Chat replaces 100 open browser tabs,” says HipChat general manager Steve Goldsmith. “I have a room, I have the right services plugged into it, and I can escalate via video chat if typing is too slow.”

WSJ mentions real-world examples, including the Museum of Applied Arts and Sciences in Sydney, Australia that uses HipChat “to create an information hub for its many exhibits,” and hotels, which “are equipping employees with chat apps and creating chat rooms for each physical room, tracking its condition and status for new guests.” IBM’s 1,300-member design team “uses Slack to discuss and quickly vote on proposed designs.”

WSJ also describes how Facebook has opened Messenger for businesses to build virtual assistants that “can chat with the one billion-plus real people who use the communications platform each month.” MasterCard’s bot, Kai, for example, “makes it possible for Facebook Messenger users to check activity on their credit, debit and loan accounts and set up financial-management tools,” among other activities.

More companies are “betting that the convergence of messaging platforms, chatbots and increasingly powerful artificial intelligence will lead to the creation of a more natural interface between machines and humans.”

“We are thinking of an intelligence center that will help you get to the right bot at the right time so you don’t have to have a sea of icons that are sitting there that you don’t know how to use,” said Facebook Messenger VP/head of product Stan Chudnovsky. Facebook’s Messenger and its newly acquired WhatsApp each have one billion users.

Not everyone is thrilled with Facebook Messenger bots, saying they are slow and have limited conversational abilities. “It’s very early days for bots,” notes Chudnovsky, and “within perhaps two years, people and bots powered by artificial intelligence will conduct complex dialogs.”

Automatic Data Processing executive Roberto Masiero “predicts that bots will become the new interface for corporate software.” ADP software engineers are already “working with social anthropologists and copywriters to tinker with bot behavior,” and have learned that, to be accepted by humans, bots “must not act too much like people or too much like computers.”