Google is now offering a prepaid debit card that can be used in stores and at ATMs. Using Google Wallet, consumers will be able to access funds just like they would with a regular debit card. The Wallet Card will be accepted wherever MasterCard is accepted, and is free without any monthly fees. The card will also provide Google with consumer information like what was purchased and for how much — even the name and address of the consumer would be recorded. 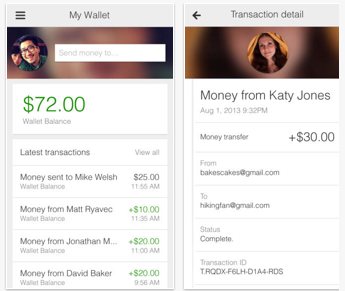 “Earlier this week,” Wired reports, Google “ramped up its Google Shopping Express service with a partnership with Costco, further expanding its presence in the buying and selling of physical goods.”

Purchase information would be stored along with other data that Google stores in its internal profiles, according to Reuters, which says that info could be used to target ads. “Consumers add money to the new Wallet Card by linking it to a bank account or when another person transfers money to their Wallet account,” notes the article.

“That it took Google this long to make such a card available shows just how hard it is for the company to re-imagine itself as expanding beyond digital,” suggests Wired. “With the release of a debit card, Google seems to be acknowledging that battle is lost for now. In a world Google is trying to remake in its digital-first image, plastic still prevails.”

The card is available for order as of this week, and will ship within 10 to 12 days.