Google’s Project Tango is developing 3D smartphones and tablets that can not only render locations and objects, but can also be used to record 3D images and videos. Mantis Vision’s technology, which will be used in the Google Project Tango devices, creates a depth map of a scene so that users can view an image from different perspectives and add different backgrounds and other 3D visual effects. Other electronics companies are investing in the Mantis technology as well. 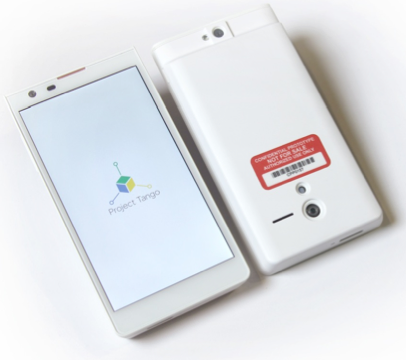 Mantis Vision’s technology is designed for mobile devices by utilizing touch inputs and the device’s sensors. Similarly to the 3D imaging effects in HTC’s One M8 smartphone, users can change the perspective of an image by tilting the phone or touching and dragging the image.

Mantis Vision CEO Amihai Loven told Business Insider that “you’ll potentially be able to interact with images using all of your phone’s sensors, including the microphone, the heart rate monitor in devices like the Galaxy S5, and more.”

Currently, the Mantis 3D tech works best for close-up objects, but the company is still working on refining the software for longer-range photography. Devices will still be able to take standard, flat photos as well because the 3D capabilities were never meant to replace 2D photography.

Mantis Vision and Google are just two of the companies that are trying to make 3D mainstream in consumer electronics. Amazon’s first smartphone, unveiled yesterday, has a 3D screen. Apple acquired PrimeSense, a 3D sensor company, last year for more than $300 million.

According to TechCrunch, Mantis Vision announced that it had received $12.5 million in investments from Qualcomm, Samsung, Lab IX, and Sunny Optical Technology.