General Motors Promises an All-Electric Future for its Vehicles

While autonomous and connected vehicles have been getting much of the press attention this year, there has also been a push toward electric cars. General Motors recently announced that it is ending its gas and diesel efforts to focus on an all-electric, zero-emissions future. The American automotive icon plans to roll out two new fully electric vehicles in 2017 and at least 18 more electric models by 2023. GM is not alone in this pursuit. Aston Martin, Jaguar Land Rover and Volvo are among the auto manufacturers that have made similar announcements in recent months to eventually phase out gas- and diesel-powered vehicles. GM, which sold 10 million vehicles in 2016, is one of the world’s largest automakers.

“General Motors believes the future is all-electric,” said Mark Reuss, president of General Motors North America and head of product development. “We are far along in our plan to lead the way to that future world.” 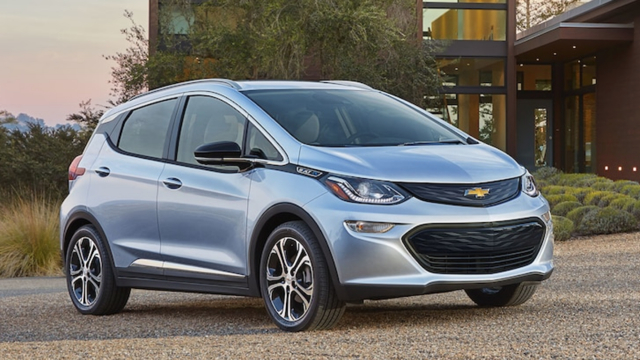 “The new all-electric models will be a mix of battery electric cars and fuel cell-powered vehicles,” reports Wired. According to Reuss, gas and diesel GM vehicles will be phased out at different rates across different markets and regions.

“The Trump Administration may be moving to roll back fuel efficiency requirements in the U.S., but the rest of the world is insisting on an electric age,” adds Wired. “France, Great Britain, the Netherlands, and Norway have all said they plan to ban the sale of gas and diesel cars in the coming decades.”

China and India plan to join other nations in the pursuit of an electric age. Since China is presently the world’s largest automobile market, it is unlikely that a manufacturer could compete globally without a strategy to go electric.

The greatest challenge for GM and others will be learning how to turn a profit with electric cars. “GM loses $9,000 on each Chevy Bolt it sells,” explains Wired. In addition to global supply chains and massive scale, “Reuss’ strategy hinges on bringing costs down thanks to steadily dropping battery prices, more efficient motors, and lighter cars.”

The Chevy Bolt EV hatchback (above), which starts around $36,000, gets 238 miles on a charge. Since the technology is improving, more automakers are going electric.

“Nissan is the overall sales leader in electric cars thanks to its far cheaper Nissan Leaf, which starts at $30,000,” CNN reports. “Nissan recently announced a redesigned version of that car, with longer range and a price that remains lower than even Tesla’s new, more accessible, Model 3.”

Meanwhile, Volkswagen announced it would introduce hybrid or electric versions of its models by 2030, and the Renault-Nissan-Mitsubishi Alliance plans to launch 12 new all-electric cars by 2022.