Fusion, a cable channel aimed at millennials, is relaunching its website to re-imagine its brand and the field of digital journalism. The site will now feature six sections led by some star hires, including alums from The Atlantic, Daily Beast, and Jezebel. ABC and Univision, the two corporate parents of the operation, will use the site as an “innovation lab” to experiment with coverage that interests the coveted millennial demographic, such as more stories that focus on inclusiveness and social justice.

Fusion’s redesigned site has six verticals: news, pop & culture, justice, real future, voices, and sex & life. The justice section’s tagline is “stories that make you want to rise up,” so many of these stories are about social activism and cultural issues. Real future is the name for the tech section, which covers everything from “Tech Behind Bars” to innovative new technology that will make the future more diverse and inclusive. 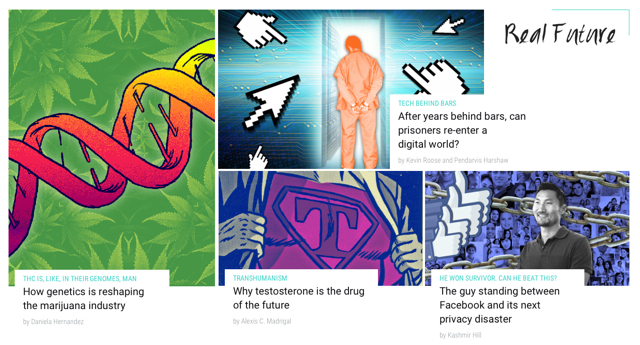 Fusion also hopes to re-imagine the opinion section. They are calling it “Voices.” The Atlantic reports, “Its editor, Jezebel founder Anna Holes, hopes to ‘get beyond the 800-word think-piece which has come to dominate the Web.’”

It wouldn’t be a site for millennials without social media. Fusion has its own Instagram and Vine operations, in addition to some YouTube-channel sponsorship deals. While some digital content produced for Fusion’s television shows do show up on the site and social media, the channel and the website staffs are largely independent.