As of Monday, Fox is livestreaming all its primetime shows to digital platforms in all 210 U.S. TV markets, the first broadcaster to do so. The first live-streaming show out of the gate was a live performance episode of “So You Think You Can Dance: The Next Generation.” Among the entertainment programs that will be livestreamed every night of the week and late-night Saturdays are “Wayward Pines,” “Master Chef,” ‘Hotel Hell,” “Home Free,” “Teen Choice 2016,” “Scream Queens” and new series “Lethal Weapon.”

The Los Angeles Times reports that live sports programming will not be streamed as part of this new initiative but will continue to be streamed via FOX Sports GO. Fox Television Group chairmen/chief executives Dana Walden and Gary Newman point to the decision to livestream primetime programming as “innovating to give viewers the convenience and flexibility to watch our programming whenever and wherever they want.” 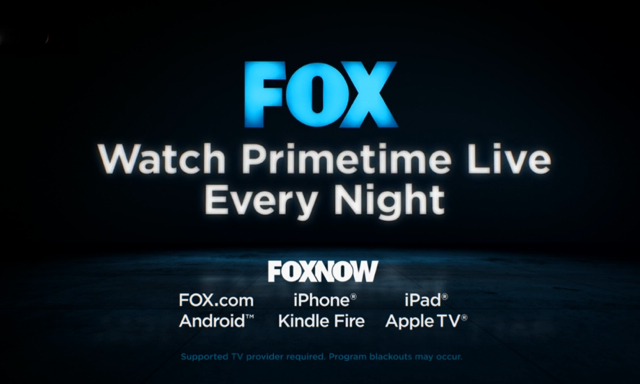 LAT says that, “views from live-streaming will not be included in Nielsen ratings for Fox programming.” Fox will, however, include the numbers into “audience data from multi-platforms” that it collects, helping to create “a more holistic number that looks at a variety of platforms to better reflect viewing trends.”

Fox’s assertive move to stream primetime program, says The Verge, is “an interesting step forward, one you can easily imagine all of the other major broadcast networks taking in the next few years.”