On October 14, director Ang Lee’s “Billy Lynn’s Long Halftime Walk,” about young American war heroes, will have its world premiere at the 54th New York Film Festival. During the festival, the movie will screen in a 300-seat theater specially configured to show it as Lee intended: in 3D, 4K UHD at 120 frames per second. Few (if any) commercial theaters in the U.S. are technically capable of projecting the movie as it was shot and no such film has ever been screened publicly. Sony Pictures Entertainment will release the film nationally on November 11.

The New York Times notes that, “Lee’s blend of visual formats is a major departure for movie exhibition, particularly when it comes to the speed.” The standard speed for film since the 1920s has been 24 frames per second, although Peter Jackson’s “The Hobbit: An Unexpected Journey” was shot at 48 fps, and James Cameron has also publicly stated he is “considering higher-speed cinematography for ‘Avatar’ sequels.” 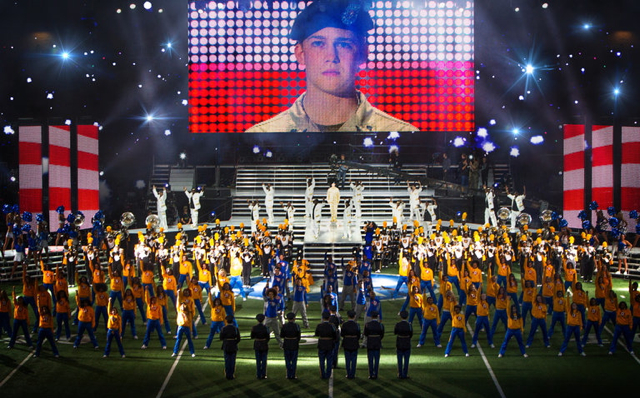 “I thought Billy’s journey, which is both intimate and epic, and told almost entirely from his point of view, lent itself particularly well to the emotion and intensity that this new approach fosters,” said Lee, adding that technology “should always be in service of artistic expression, to make it strong and fresh, because story and drama matter most.”

One of the film’s producers, Marc Platt, noted that, “movies today need to give audiences compelling reasons to escape their devices, and that means taking risks.”

The movie, an adaption of a novel by Ben Fountain, is about an Iraq war hero and his fellow veterans brought back to the U.S. after a terrible battle and taken on a tour that ends with the halftime show at a Thanksgiving football game. The hyper-reality of “Billy Lynn” will be something that theater audiences have never experienced. The film’s production systems supervisor Ben Gervais reports that, even 40 minutes after seeing battle footage, some members of a test audience reported they were “still shaking.”

After the New York Film Festival, “it is expected that the specially outfitted theater,” at AMC Lincoln Square, will play the movie when it begins its theatrical run. But moviegoers elsewhere will have to make do with whatever local theater owners can provide. Some theaters can play a movie at 120 fps but not in 3D; IMAX theaters can play 3D movies but only at 60 fps.