In response to the recent outcry regarding how Facebook handles personal user data, the social media giant announced a new centralized page for users to control their privacy and security settings. Instead of having to visit multiple pages across the platform to change all privacy settings, users will now be able to use one centralized page. Users will also be able to review data the platform has collected about them over time. Facebook will officially introduce the system to users across the world in the coming weeks.

To directly combat concerns about the recent Cambridge Analytica reports, Facebook’s new page will allow users to “control the personal information the social network keeps on them, such as their political preferences or interests,” reports The New York Times.

“We’ve heard loud and clear that privacy settings and other important tools are too hard to find and that we must do more to keep people informed,” according to Erin Egan (Facebook VP and chief privacy officer, policy) and Ashlie Beringer (Facebook VP and deputy general counsel) on the Facebook Newsroom page. “So in addition to Mark Zuckerberg’s announcements last week — cracking down on abuse of the Facebook platform, strengthening our policies, and making it easier for people to revoke apps’ ability to use your data — we’re taking additional steps in the coming weeks to put people more in control of their privacy.”

Additionally, to address the interconnectedness of third-party apps, Facebook says it will clarify which apps people are using and will show what permissions those apps have to obtain more information and data on them. Facebook also announced it is “halting its practice of allowing advertisers to target ads using information from third-party data brokers,” explains NYT. 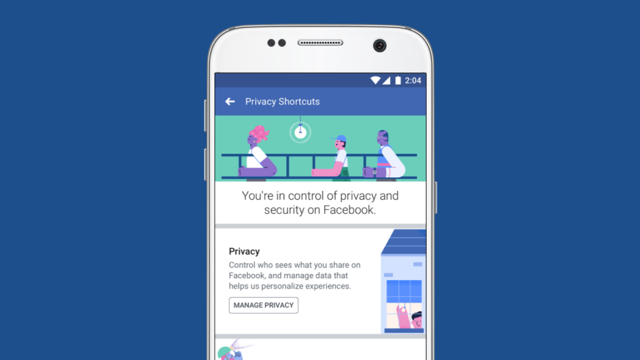 Previously, Facebook allowed companies like Experian, Acxiom and others to use data related to consumers’ shopping habits, income range and more to help with targeted ads. Will these moves actually make a difference? It remains to be seen, but some privacy advocates are skeptical.

“The platform made similar promises many times before,” said Zeynep Tufekci, associate professor at the University of North Carolina at Chapel Hill, and expert in security and data privacy. “The past decade shows that user concerns over privacy appear to have little teeth on changing how the platform behaves, aside from a recycling of contrite statements and promises to do better from its CEO.”