Headed by camera expert Brian Cabral, a team of Facebook engineers unveiled plans for two new orb-shaped cameras to capture 360-degree video. With an eye towards image fidelity, one of the cameras features 24 lenses and the other, less expensive one boasts six. Both feature six axes or “degrees of freedom,” meaning they have a great range of motion for capturing a more complete image. With the new cameras, Facebook aims to outfit professional filmmakers with the ability to capture 2D and 3D 360-degree video.

Wired reports that the resulting videos can initially be distributed on smartphones, laptops and VR headsets, but the ultimate goal is to be able to post the videos to Facebook. 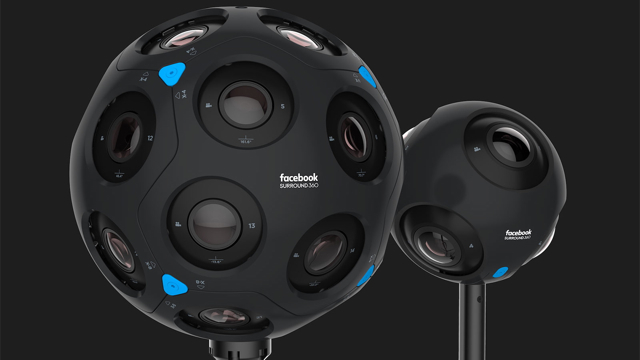 “The idea is to bring people closer together through rich and immersive stories we can share with our families and friends,” said Cabral. According to VFX house Framestore senior creative developer Johannes Saam, whose company tested early versions of the new cameras, “the presence you feel from these images is way, way, way greater.”

Facebook first unveiled its plans for the cameras a year ago and open-sourced its first designs in July; since then, RevergeVR and ImagineVision have used the plans. These latest plans, however, will not be open-sourced but instead licensed to camera makers. According to Cabral, partners wanted this arrangement to create “a richer, established ecosystem, where they can buy pieces and build their own products out of those pieces.”

Both of the new cameras, the Surround 360 x24 and Surround 360 x6, are more compact then the first version, with the 24-lens model “just a bit bigger than a soccer ball and the 6-lens device is a bit smaller.” Other companies building cameras for this market include the Google/GoPro 16-lens Odyssey for around $150,000 and Nokia’s $60,000 OZO.

Facebook, which has not yet announced prices for its new cameras, hasn’t abandoned its first camera, dubbed Surround 360 Open Edition, but continues to update its design.