EXCLUSIVE: SMPTE Asks if 4K Will Be a Hit with Consumers

Industry leaders gathered at Loews Hollywood Hotel for the Society of Motion Picture and Television Engineers’ annual conference this week. Executives from Samsung, Sony, NPD DisplaySearch and HDMI Licensing discussed the progress and future of 4K television during the “4K/UHD TV – Will it be a hit with consumers?” panel. Topics included quality, pricing, content availability, upconversion, replacement cycles, lessons learned from 3D TV, and the need for consistent terminology.

Samsung marketing exec Dan Schinasi stated that Samsung learned a lesson from its 3D experience creating limited-access content offerings and is working on building out the 4K ecosystem. He noted that the ITU’s David Wood has been researching “What is immersion?” and how does it impact the viewing experience. Key factors include:

NPD DisplaySearch’s Paul Gagnon said that adoption will depend on convincing people that the content is coming. Not accomplishing that was part of the significant but still disappointing market adoption of 3D TVs. TV replacement cycles are currently in the 7-8 year range, while the average set being replaced worldwide is 32-37 inches. Consumers usually upgrade to a 10-inch larger screen, and 4K sets in the upper 40-inch range are not readily available.

Beyond the U.S. and China, where large screens are popular, screen sizes top out at 55-inches in many parts of the world. Plus people approach replacement with a budget in mind, so price point will matter.

The high frame rate models (240hz) of HDTV have not grown as much as we expected them to, added Gagnon. The higher cost may be a major factor, but he noted that many consumers take an “is it good enough” position.

The panel discussed the fact that upconversion will be extremely important in both viewing experience and Ultra HDTV marketing for the foreseeable future. There is a significant difference between the quality top-tier upconversion solutions and the lower-priced solutions coming out of China. 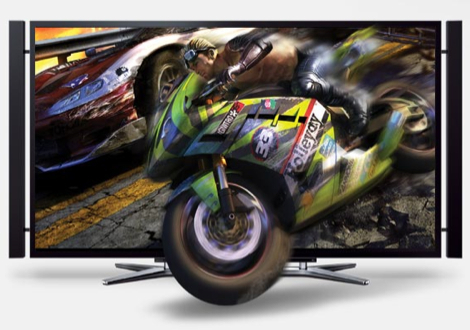 DisplaySearch’s data shows that consumers in China don’t care about that quality. Most of the sales in the U.S. are from the higher quality vendors. The industry learned from 3D that the quality of the conversion matters. With 3D, consumers had the choice to turn 3D conversion on or not. With 4K, every HDTV signal fed to the set is displayed as upconverted.

Samsung currently shows native 4K content in its in-store demos, but those demos are also equipped with upconversion demo material.

Pointing out the title of the panel session, Gagnon noted that simply calling it 4K/UHD TV adds to consumer confusion. Common terminology and common ground on what we are talking about is needed or else this simple marketing issue can become a barrier to adoption. CEA has come up with definitions in the U.S., but Europe and Asia don’t comply with them. DisplaySearch is having an internal discussion, because they want to use the terms that their clients use.

Marsh reminded the audience that consumers are already starting to have 4K or greater resolution experiences with their cameras. They will want to see their captured high resolution images displayed properly.