Danny Hillis Asks: What Happens if the Internet Goes Down?

At TED 2013 last week, Danny Hillis, an early Internet user who registered the third domain name ever (Think.com), spoke on the vulnerability of the expanding Internet. While standing on stage for his talk, he held up a one-inch-thick notebook, which listed every person — including name, address and phone number — who had an Internet address in 1982. By his estimates, that book would be 25 miles tall in today’s world. 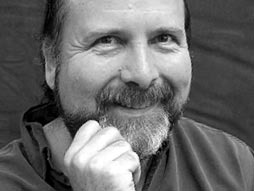 According to Hillis, this once small and trustworthy circle, “a system essentially built on trust,” as he puts it, has expanded “way beyond its limits.” And what frightens Hillis the most about the growth and vulnerability of the Internet is that so many things we don’t even imagine as being connected to the Internet actually are.

Hillis suggest that because we pay more attention to the protection of individual computers and small networked systems, we are not paying attention to protecting the Internet itself. “We’re setting ourselves up for disaster, like we did with the financial system,” he said.

“What if there was an effective denial of service attack on the Internet?” he asked. “We don’t know what would happen, and we don’t have a Plan B — we don’t have a plan for how to communicate when the Internet is in trouble.” What would that plan look like? Hillis imagines a second network that could come online in case of emergency.

“It would use different protocols from the existing Internet, and would be kept separate as much as possible. So when the Internet goes down, police stations, hospitals and airports could still function,” explains Wired.

According to Hillis, it wouldn’t be difficult to pull off technically, calling it just a matter of focus and will, but “it’s very hard to get people to focus on Plan B, when Plan A is working so well.”