Video discovery startup Fanhattan unveiled Fan TV yesterday at the D: All Things Digital conference in California. The OTT set-top box will enable access to live TV and VOD, in addition to a cloud-based DVR and streaming services such as Netflix and Hulu. Viewers will be able to search and discover TV shows and movies based on genre, actors, social recommendations, etc. Fanhattan plans to partner with pay TV companies to sell the box, which is expected to be available later this year.

“In June 2011, a Silicon Valley startup released a well received iOS app named Fanhattan to serve as a central place for finding streaming video,” reports The Verge. “More recently, Fanhattan brought its service to the Web. But it turns out the apps were something of a feint — for its entire existence the company has been secretly working on its own media-streaming device, and after two years Fanhattan is showing it to the world.”

The Yves Behar-designed entertainment system combines the functionality of traditional cable set-top boxes with that of streaming devices such as Roku and Apple TV. 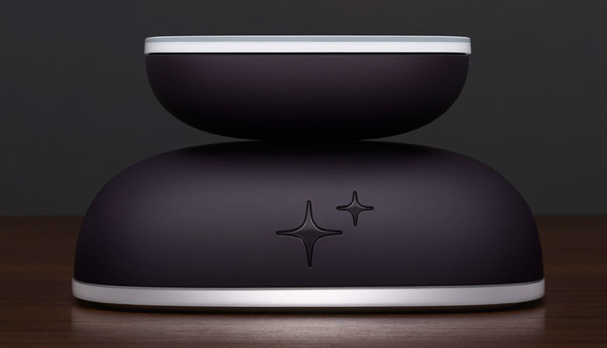 “It is controlled using swipe and tap gestures on a pebble-like, touchpad remote control designed to be used without having to look at it,” notes The Verge. “Fanhattan is trying to succeed where so many other entrants in the interactive television space have failed, creating a TV experience truly integrated with the Internet. Everyone from the pioneering WebTV to the forthcoming Xbox One has required a separate cable box to bring content from the Internet to the television; Fan TV merges those functions into a single device.”

The company has yet to announce which services will be included, but its promotional video features Hulu Plus and Redbox. Fanhattan’s iOS app currently connects 29 services, including Amazon, iTunes, Netflix, Vudu and YouTube. Users can select a title for immediate viewing or send it to the cloud DVR. A service called Fan bridges the Web, mobile apps and Fan TV. Following a private beta period, the company’s Web app is now available to the public.

Additional functionality includes the ability to easily access related online content and information. For example: During its demo, Fanhattan co-founder and CEO Gilles BianRosa “selected ‘Iron Man 2’ with the remote, moved one screen to the right, and began playing its soundtrack through the TV using a music-streaming service,” explains The Verge. “He then moved another screen to the right, where an integration with an online retailer brought up all ‘Iron Man 2’ merchandise available for purchase.”

“Ultimately, Fan TV will work only if cable providers agree to partner with the company to provide a live TV stream,” suggests the article. “But some observers expect that a device like this could win positive attention from Comcast, Time Warner and its peers.”