What’s driving augmented reality content today? That’s the question that Storymill president Mark Kapczynski posed to a panel of AR content creators at CES 2018 in Las Vegas. VNTANA chief marketing officer Natascha French, whose company creates interactive holograms, had one answer. “Based on our experience B2C gets the sexy headlines,” she said. “But B2B is the side that is actually monetized.” Brands come to VNTANA not only to create compelling experiences for end users, but also to collect data to inform future marketing.

“Right now, 25 percent of the brands use [the holograms] internally, but 75 percent use them to engage with consumers,” she added. From the point of view of DAQRI vice president, corporate development & strategic partnerships Mike Hildebrandt, enterprise is what’s driving AR content. 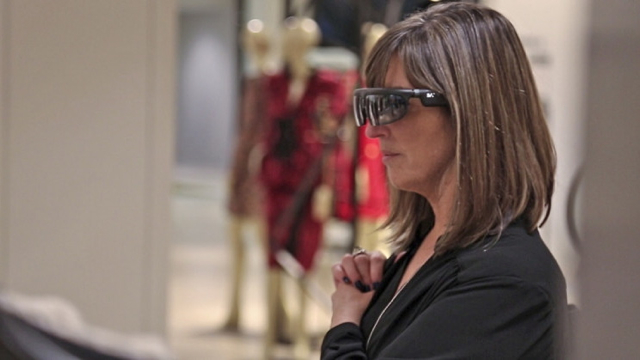 “That’s where value is created,” he said. “From a technology standpoint, you don’t need high-end graphics and precision optics to deliver value. Transferring knowledge shows returns faster in enterprise.” He described a project for Siemens that cut a five-day process into mere minutes.

Holmes Weinberg partner Michael Leventhal, who was the former chief legal officer/VP of Magic Leap, concurred with both. “Everyone looks at ‘Pokemon Go’ as super cool, but the enterprise and B2B side are so much larger and not as price sensitive,” he said. He gave the example of ODG, whose standalone AR glasses sell for $2,750 each.

“They’re able to sell those units to large companies like Caterpillar that will buy hundreds for their employees,” he explained. “At that price, they’d never play in the consumer market, especially when there’s only five things to do with them.”

Moth + Flame chief executive/founder Kevin Cornish, who describes himself as a filmmaker, said that, “from a marketing perspective, there is a lot of opportunity to do things for the first time.” What that will require are building different tools; he’s currently “focused on merging natural language processing with AR and VR.”

“What’s happening on the enterprise side is functional but lacks empathy,” he said. “In marketing, it has a lot of emotion but no function. But those things are coming together, and that’s exciting.”

Moviebill senior vice president, digital content, Patrick Aluise, whose company is creating an interactive magazine with Regal Cinemas, agreed that “B2B and B2C are learning from one another.” “The pure utility learned in enterprise will help consumer experiences,” he said.

As to AR’s biggest challenges, Leventhal identified hardware as “one of the primary things holding us up.” “We don’t have a lot of units out there,” he said. “That keeps people from developing content for them, and that creates a cycle.”

Cornish said that developing the cinematic language of storytelling and having a great user experience in AR are the biggest obstacles. “We have to figure out the experiences that are addictive,” he said. For Hildebrandt, working in the enterprise sector also has a main challenge. “To be a successful platform in enterprise, you have to embrace the workflows that they will continue to use,” he said. “You have to have the patience and energy to work with those big companies.”