“The PX 2 features two next-gen Tegra processors, as well as a Pascal-based GPU,” TechCrunch explains. The system can “recognize up to 2,800 images per second using the AlexNet neural network-based deep learning algorithm.” Nvidia calls the Drive PX2 a supercomputer. 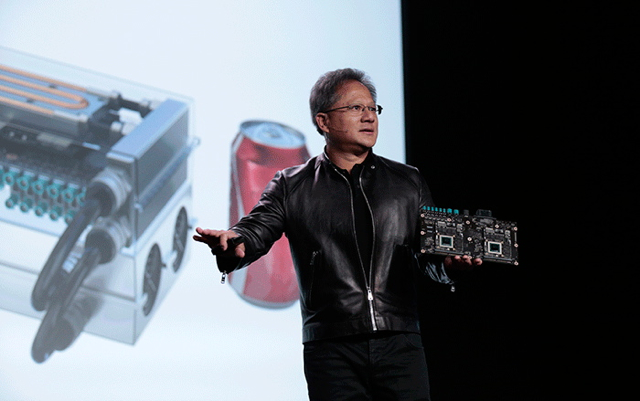 “Nvidia believes that a properly-designed self driving car needs to have a ton of processing power so that it can handle all the sensors, controls, and learning it needs to be fully autonomous (instead of, say, being dependent on connectivity to the cloud),” reports The Verge.

“Nvidia has created a reference platform called the ‘Nvidia Drivenet’ and it is already testing its own self-driving cars. It has nine inception layers so that it can train itself to ‘perceive things out in the world.’”

Nvidia has teamed with Audi to test its new systems, while Volvo plans to be the first to ship 100 test vehicles with the PX2. Additional partners include BMW, Daimler and Ford.

Additional information, images and video regarding the PX2 are available on the Nvidia blog.