CEA Exec on the History and Direction of Wearables (Part 1)

The Consumer Electronics Association’s Director of Business Intelligence Jack Cutts is the organization’s lead analyst on smart eyewear, watches, glasses and phones. He released his forecast figures for the category of wearables — here defined as fitness trackers, smartwatches and smart eyewear (plus any device worn in, on or around the eyes). When will wearables go mainstream? This is one of the issues that Cutts’ data revealed, starting with the current market and out to 2018 and beyond. 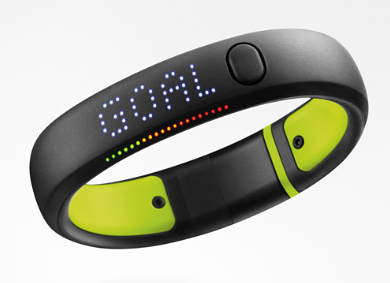 Cutts identifies fitness trackers as where the wearables category began. “It was consumers’ first introduction over the last five years,” he said. “It’s been a proving ground for many designs and has helped the CE industry overcome engineering challenges.” Currently, however, smartwatches are cannibalizing fitness trackers’ core functions.

Consumers ignored the first and second generations of smartwatches. The third generation — at this year’s CES — offer more refined materials, but “they still appeal to a limited segment of the population,” explained Cutts.

Traditional watch brands are also testing the water, a sign that the category is coming into its own. “It’s still a techy device,” he said. “But we’re very close to the point where I can give one to my dad for Christmas and feel like I’ll need to provide 24/7 tech support.”

Smart eyewear is the frontier segment of the wearables category; Cutts includes glasses (such as Google Glass) and virtual reality goggles. Although headaches and nausea are still a real issue for VR goggles, he notes that, “VR is a dream 20 years in the making. We are all willing this product to come to market.”

Other parts of the body — including inside the body — are still unexplored for their potential for wearables. “Implantable technologies is something we should keep an eye on,” Cutts suggested. “Another new frontier is smart fabrics. We’re starting to see this pop up, but it’ll be more than five years for this to be a mass market.”

Fitness activity bands — which include everything from a simple pedometer to high-end bands — still lead the way in unit and U.S. shipments, showing an 18 percent year-over-year (YOY) growth.

“I think I’m on solid ground that Apple will make it to market with its smartwatch in 2015 and big proportion [of that growth] is that,” he said. “Apple’s release will shine a very bright light on smartwatches. As big names such as Samsung, Apple, and LG produce smartwatches, normal people start to take notice.”

In analyzing the data, Cutts notes that growth is tapering for fitness bands. With regard to smart glasses, Cutts reports that before the 2015 CES, he thought this category was losing its steam.

“But they’re not,” he said. “We’ve had solid partnerships and products announced — Luxottica, Oakley with Intel, and Sony’s clip-on VR attachment. These all show promise.”

On the VR side of smart eyewear, however, the only products available today are developer kits, not consumer products. “Oculus VR and its partnerships are promising to enter the market in 2015,” he said. “It may not make the holiday, but I don’t think it’ll have an effect on the growth curve ultimately.”