BlackBerry, whose phones were once so popular they were dubbed “Crackberry,” has licensed its brand to a group owned by Indonesian phone companies. The Canadian company — whose market share is now in the single digits in North America and Europe — made this decision despite the fact that it recently adopted the Google Android operating system. The strategy, led by executive chair/chief executive John Chen, is intended to evolve BlackBerry into a software and wireless device security business.

The New York Times reports Chen’s announcement that, “we have decided to discontinue all the handset hardware development… We believe that this is the best way to drive profitability in the device business.” 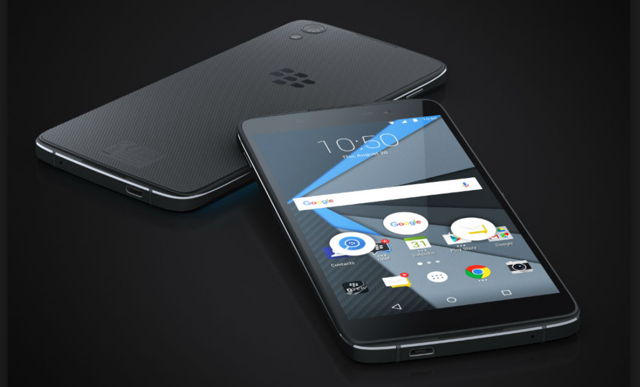 Earlier in the year, Chen suggested that the company was continuing to produce phones “largely at the request of some of its large software customers, a group that includes branches of the United States military as well as law enforcement agencies.”

According to The Wall Street Journal, BlackBerry’s “share of the global smartphone market” is now below 1 percent and valued at $4.1 billion. Ten years ago, says FactSet data, it was valued at $83 billion and was “Canada’s largest company by market capitalization.”

NYT notes that phones still account for 30 percent of the company’s revenue during the quarter that ended August 31: “sales of about 400,000 phones generated revenue of $105 million and a loss of $8 million.” Overall sales of $334 million during that quarter “were well below the $490 million posted during the same period last year.”

Now the pressure is on Chen to grow the company’s software and services revenue which, says WSJ, “more than doubled from a year earlier, to $156 million,” although it was “down from $166 million the previous quarter.” Even so, BlackBerry says, “it continues to expect revenue growth of 30 percent from software and services this fiscal year.”

Chen admits that, “BlackBerry software on Android phones was not as secure as its BlackBerry 10 offerings,” but promises to “take Android up to the same level of security as BB10.”

Although Blackberry has received “expressions of interest from potential buyers seeking to buy the company at a steep discount,” sources say the company has rejected these offers because Fairfax Financial Holdings and Primecap Management, the company’s major shareholders, “support Mr. Chen’s vision of growing the company through software development.”