BlackBerry Calls Off Company Sale, CEO Heins to Step Down

BlackBerry announced yesterday that it will abandon a sale of the company, following two months of talks with potential buyers including Facebook, Lenovo and private equity firms. Instead, the struggling smartphone maker plans to raise $1 billion by issuing convertible notes to long-term investors including Fairfax Financial Holdings, the company’s largest shareholder. Additionally, BlackBerry said CEO Thorsten Heins will step down. The news resulted in a 16 percent drop in share price. 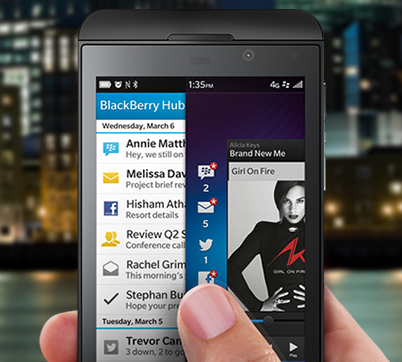 “Now we’re back to the downward spiral,” said BGC Partners analyst Colin Gillis. “They’ve got $1 billion more cash that buys them time. The drumbeat of negativity is likely to continue.”

“BlackBerry named John Chen, credited with turning around Sybase Inc. in the late 1990s, as its interim CEO and executive chairman,” reports Reuters. “Chen’s appointment was a surprise to investors as was the departure of current CEO Thorsten Heins, who will leave in about two weeks after the debt offering is completed. The company gave no reasons for the change.”

Following the news, shares closed 16 percent lower, giving BlackBerry a market value of $3.38 billion. At its height, the Ontario company that pioneered on-the-go email and the smartphone was valued at $83.6 billion. However, it has struggled competing in a new era of iPhones and Android devices.

“Since the iPhone and Galaxy have taken hold of the public’s imagination, they have become the gold standard of mobile devices, and left BlackBerry in the dust,” notes CNBC. “According to ABI Research, BlackBerry’s global market share extended its death spiral in the latest quarter, dwindling to less than 2 percent of all new smartphone shipments.”

Chen told Reuters he has no plans to shutter BlackBerry’s handset business and he expects it would take six quarters to turn the company around. “I’m doing this for the long term. I’m going to rebuild this company,” he said. “I know we have enough ingredients to build a long-term sustainable business. I’ve done this before and seen the same movie before.”

“Despite the new financing deal challenges remain,” suggests Reuters, “including a declining subscriber base, falling shipments, the defection of clients that use its enterprise servers and a loss of market share, analysts say.”

BlackBerry had reportedly been talking with a number of companies about selling parts or all of itself. Among those involved in the discussions: Cisco, Facebook, Google, Intel, Lenovo, LG, Samsung and SAP.