Amazon Web Services announced a new service called Amazon Sumerian during the kick-off event for its AWS re:Invent conference in Las Vegas. The service was created for developers to quickly and easily build virtual reality, augmented reality and 3D applications with minimal coding for a range of platforms including browsers, head-mounted displays, mobile devices and digital signs. Initially, Sumerian-built apps will run on any browser that supports WebGL or WebVR rendering, which includes Google’s Daydream, HTC Vive, Oculus Rift and iOS devices.

“With Amazon Sumerian’s editor,” explains the press release, “developers can build realistic virtual environments, populate them with 3D objects and animated characters, and script how they interact with each other and the application’s users.” 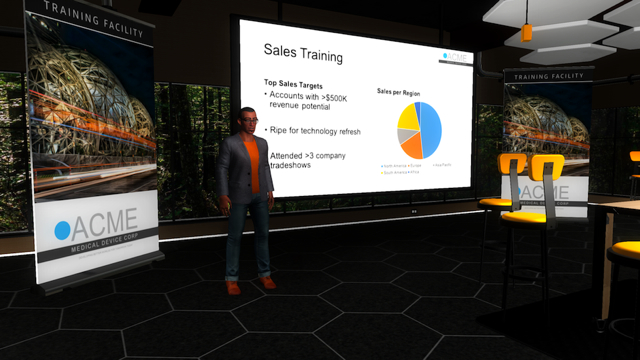 “Getting started with Amazon Sumerian is as simple as logging into the AWS Management Console. There is no software to install or upfront costs — customers pay only for the storage used for 3D assets and the volume of traffic generated to access the virtual scenes they create.”

Developers can drag and drop 3D objects into immersive environments. They can select pre-built Amazon objects, import objects from third parties, or build their own.

Since AR and VR are increasingly being used for a growing number of applications — from training simulations and enhanced shopping to a variety of virtual tours, concierge services and more — AWS is expanding its targeted audience with Sumerian to include companies that may not be familiar with 3D design and modeling, animation, effects and other specialized skills.

According to TechCrunch, “The bigger picture here is that the new wave of computing and technology has a lot of coding and other time-consuming processes behind it, and Amazon wants to be the one to modernize and simplify that — thereby becoming the default platform for creating applications on that new tech.”

Amazon has been expanding its next-gen computing strategies. The company’s push into AR and VR is reflected by its latest acquisitions, including purchases of game-building platform GameSparks and body-scanning startup Body Labs.