While the Avegant Glyph will primarily be sold as an audio headset, it can also display content from any game console, television, smartphone, or tablet. The display uses two million mirrors to project video onto a user’s retina. The device also contains sensors to detect pulse, oxygen, pupil dilation, and temperature, so that games could become even more interactive. The $500 Avegant Glyph is expected to ship by March 2015; pre-orders are being accepted now.

The Glyph already has a wide selection of compatible games, and a range of existing content, virtual reality and otherwise, will work on the headphones. 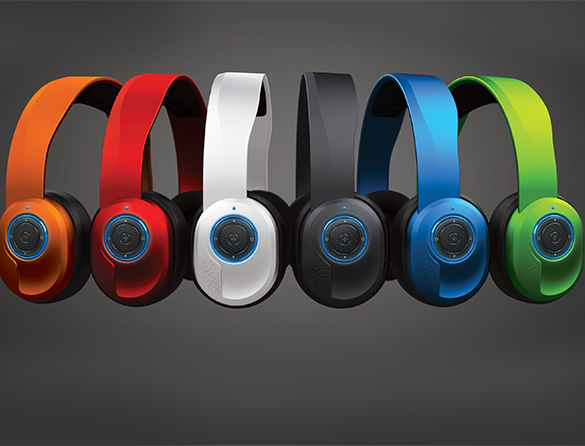 “We looked at the Oculus Rift and we realized one of the things that is the hardest thing to do in any new environment is building an ecosystem,” said Avegant’s Yobie Benjamin. “When you buy this headset you can play anything from ‘League of Legends,’ to any game on the Xbox, any game on the PlayStation.”

The Glyph is also compact enough that the headset does not cover the user’s entire face. Unlike other headsets, gamers could still see their keyboard or their drink on the table while wearing the device. That makes it easier to wear and play games in public. The current prototype weighs only three-quarters of a pound. Avegant is still making adjustments, like reducing the size of the headband, before the product hits markets.

The HDMI cable and its convergence of audio, video, data, and power into one cord is what sparked the idea for the Avegant Glyph, according to Wired. The makers of the headphones added additional sensors to make those types of media more interactive. Benjamin calls it “bilateral feedback.” Depending on the heart rate or temperature or the number of blinks of the user, the content could change.